Rough Sleepers: Flintshire Council asked why it did not active severe weather emergency protocol this weekend 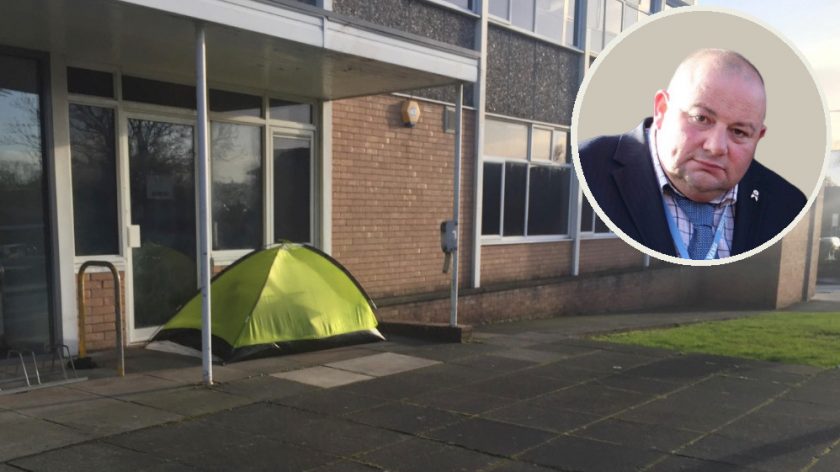 A Connah’s Quay councillor has asked Flintshire Council bosses why the severe weather emergency protocol (SWEP) was not activated over the weekend despite a warning of a severe storm.

Cllr Bernie Attridge said he had been “inundated” with calls and messages over the weekend regarding rough sleepers in Connah’s Quay and Shotton asking if the emergency protocol had been activated, as it had been in Chester.

When SWEP is activated emergency accommodation is open for anyone experiencing rough sleeping.

The Met Office issued a series of weather alerts for high winds and heavy downpours over the weekend, the warnings covered both Flintshire and Cheshire.

Neighbouring Cheshire West and Chester council activated SWEP on Friday ahead of the weekends storm force weather – it remains in place today.

Overnight on Saturday a new tent was erected outside Connah’s Quay library as a rough sleeper sought shelter for the night.

The entrance to the library has become a regular site where rough sleepers have pitched tents over the past few months.

Cllr Attridge, Leader of the Flintshire Independents Group, said he was “disappointed” to see the tent appear and asked council bosses why SWEP had not been activated in the county.

He said, “I’ve been inundated with calls and messages over the weekend regarding rough sleepers in Connah’s Quay and Shotton.

I was asked if SWEP has been activated like it has in Chester.”

Cllr Attridge added, “I’ve had reports of people sleeping in polly tunnel on allotments and at rear of swimming baths near the fan heaters keeping warm.”

“We placed people who had been regularly accessing the shelter on Friday into accommodation in preparation for the storm which we knew was due to arrive over the weekend and those that were placed have remained accommodated until this morning.

Two further rough sleepers were identified on Saturday and accommodation was again provided until this morning.” 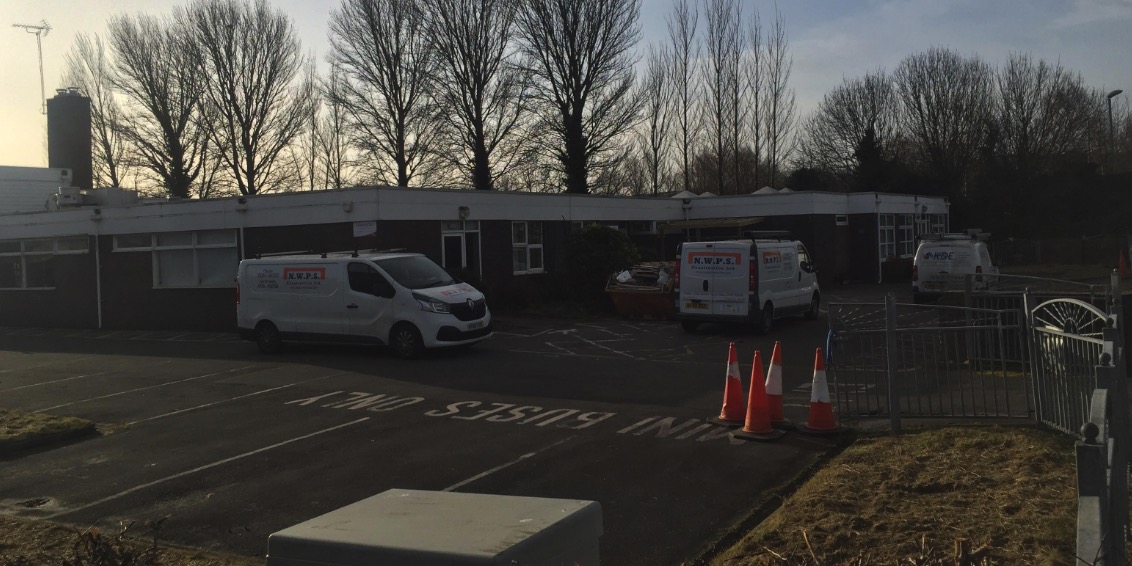 [Glanrafon Centre has been used by the local community for the last 50 years and was last used as a day centre, which closed in June this year when it relocated to the nearby Hwb Cyfle site – contractors are currently working on the site]

Figures published last week by Welsh Government show the number of rough sleepers has tripled in Flintshire in the past 12 months.

Data gathered in Wales over a two week period in October last year, followed by a one night snapshot count in November. revealed there were 10 rough sleepers in Flintshire, up from 3 in 2018.

Cllr Attridge has urged the council to speed work on a former day centre in Queensferry which is being converted into into a new night shelter for homeless  people in the county.

The Glanrafon Centre, which is opposite Deeside Leisure Centre, is currently being refurbished to house 12 beds for rough sleepers.

Flintshire has been without emergency accommodation after a pilot scheme was withdrawn at short notice in September.

The new facility will also be used to help homeless people to find their own housing.

An announcement on when it will become operational is due shorty.