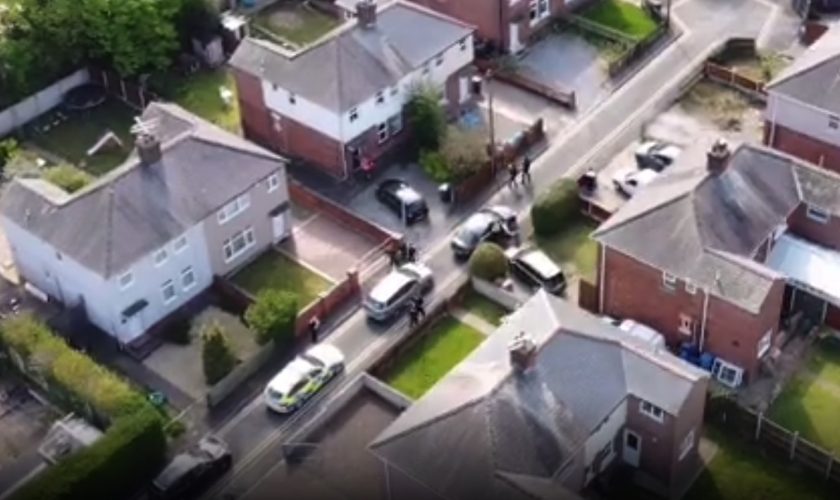 North Wales Police have posted a video on social media showing drone footage of an arrest they made in Connah’s Quay earlier today, Wednesday, April 8.

Whilst the drone was used to track the suspect’s Police praised local residents for helping them locate the ‘two young men’.

In the social media post police said, we “will give you one guess what they were up to” adding #NotTodayClassA in reference to class A drugs.

The post goes onto state, one of the two suspects has been successfully ‘shipped’ back to Liverpool.

Footage shot by the force Drone Unit shows a number of police officers with the two suspects in the Kent Road area of Connah’s Quay.

#Deeside Residents. Thanks so much for you assistance in finding the 2 young men running away in the Quay this morning.

Couldn’t have done it without you. 1 young man successfully shipped back to Liverpool, will give you one guess what they were up to… hint: it’s not a valid excuse for leaving your house #StayHomeSaveLives #NotTodayClassA Footage credit to HGC Uned Drôn / NWP Drone Unit