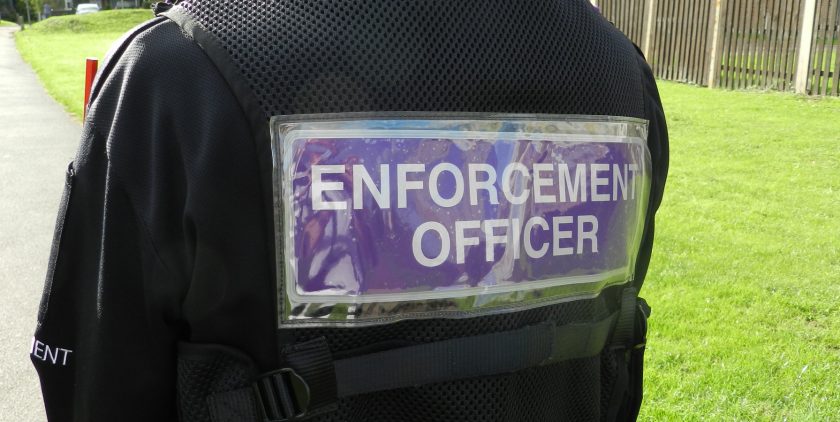 Plans to boost the number of officers handing out fines for littering and dog fouling in Flintshire have been approved.

It will see the number of staff the council employs to issue £75 fixed penalty notices increased from seven to nine.

The move will cost an extra £60,000 after it was backed by cabinet members , but it hopes to recover half of that through the money generated in fines.

However, there was disagreement over whether officers should continue to adopt a ‘zero-tolerance’ approach.

It follows criticism of Kingdom Services, which withdrew from its contract in the area in August after it was accused of using ‘heavy-handed’ tactics.

Speaking at a cabinet meeting in Mold, Cllr Carolyn Thomas (Lab), cabinet member for Streetscene and countryside, said she wanted the wording of the authority’s policy to be changed.

She said: “I’d like to add a third recommendation around the issue of zero tolerance, which has been a contentious issue.

“I’d like to change this to anyone littering with intent.

“It should be about education and talking with people, rather than just enforcement.

“If we have our officers going out and doing environmental audits with members of the community and highlighting issues, then that’s a good way forward.”

It has previously been claimed that there were cases where Kingdom enforcement officers fined people for littering without proof of intent.

However, the council’s deputy leader Bernie Attridge (Lab) said he was concerned that changing the wording could lead to problems with dog fouling and illegal parking outside schools becoming worse.

Questions were also raised about the legal implications of altering the policy.

Cllr Attridge said: “I’ve got to be honest. I do have some concerns about dropping zero-tolerance.

“As far as dog fouling is concerned, we’ve just had a case where 20 bags were removed from playing fields in Shotton before the football team could start.

“I don’t want to see Flintshire going soft, so if they’re parking on those zig zags, or dogs are fouling, it should be zero-tolerance.”

33 pitch in Shotton on the morning its alleged 20 separate dog fouling spots were discovered and picked up prior to a match taking place.

Councillors chose to receive another report at a later date to examine the wording.

In response to the issues raised Steve Jones, chief officers for Streetscene and transportation,  said: “We are operating in line with policy, so in the instance of motorists parked on zig zag lines the policy will be followed immediately.

“The offence is knowingly dropping litter, so in the event of people accidentally dropping it we give give them the opportunity to pick it up, and if they refuse we then give them a ticket.”