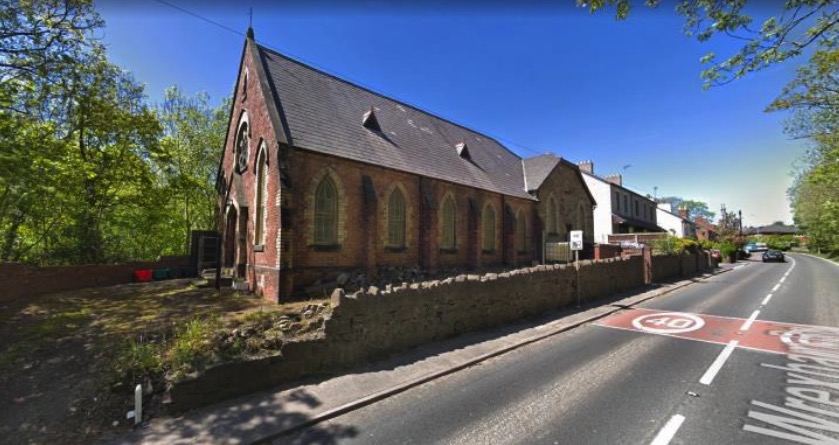 Plans to turn an old chapel into a two bedroom house have been given the go ahead.

An application was submitted to convert Bethlehem Chapel in Cefn y Bedd in May.

The building on Wrexham Road has been left empty for a number of years.

However, proposals to transform it for residential use have now been approved by Flintshire Council.

A planning agent acting on behalf of Meuric Jones, who is behind the scheme, said the restoration was much needed.

In documents submitted to the local authority, Adam Pierpoint said: “The proposed works will restore and retain the existing chapel in its entirety. 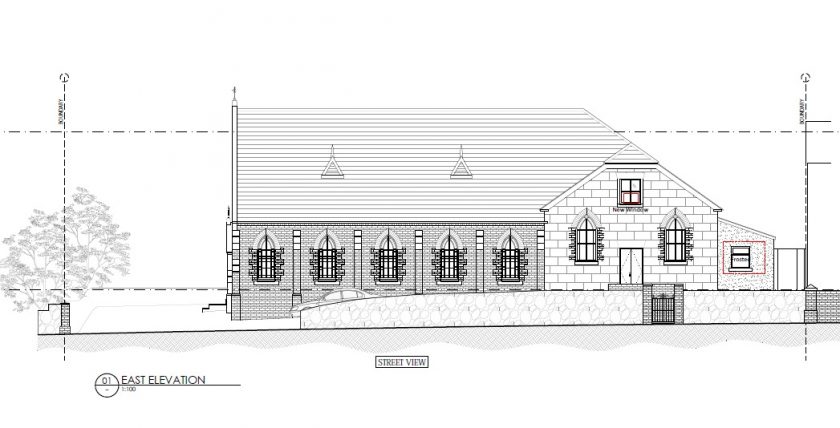 [An application was submitted to convert Bethlehem Chapel in Cefn y Bedd in May. Source: Planning document]

“The applicant and his wife bought the chapel over 10 years ago and plan to live in it once completed.

“Many developers have talked about demolishing the existing chapel and redeveloping the site from scratch.

“We feel this would be sacrilege to such a beautiful building, as the client wishes to retain as much of the original building as he can.

“The proposals show the demolition of the more recent side and rear extensions which has been constructed poorly and is falling apart.

“The proposals will be beneficial in all aspects to the site and the surrounding area, as the building is in need of restoration after being left derelict for some time, especially as it is in such a prominent location along Wrexham Road as you drive into Cefn y Bedd.”