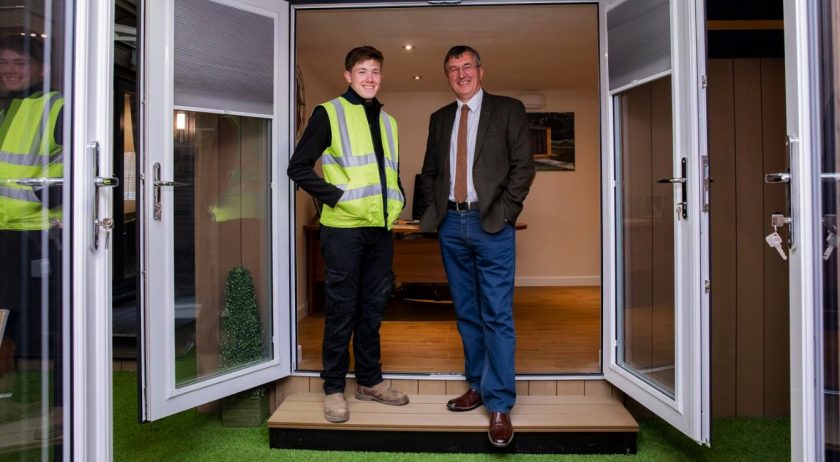 A pioneering Deeside company that uses aviation technology to create bespoke zero maintenance garden rooms for customers across the UK is running for a top business award.

Rubicon Garden Rooms has been shortlisted as a finalist in the 2nd Welsh SME Business Awards, which will celebrate the best small and medium sized businesses across Wales at a glittering ceremony in Cardiff.

Rubicon Garden Rooms MD John Lyon said he was delighted to be nominated in two categories:  Unique Business of the Year and Best SME under 100 Employees.

It comes as the company based on Deeside industrial estate has just celebrated its 5th anniversary is on track for a record £1m turnover next year.

The Welsh SME Awards were set up to honour the contributions made by ‘small but mighty’ SME entrepreneurs and businesses across Wales.

It will give thanks to SME businesses for serving their communities, for implementing creative approaches to product design and service, and for staying true to their roots.

Finalists have been shortlisted after receiving hundreds of nominations and the winners will be announced at a glittering ceremony on Wednesday 30th October at the Exchange Hotel in Cardiff. 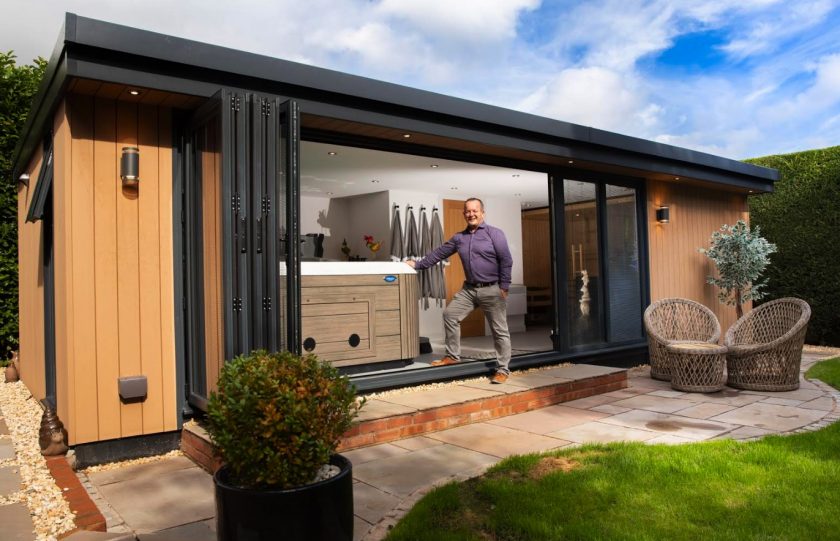 John started the company with an initial complement of two staff growing to 10 by 2019, together with 4 local sub-contractor artisans.

The company has just recruited its third apprentice thanks to a partnership with Coleg Cambria, to help meet an increasing number of orders.

Now the company builds 40 to 50 garden rooms each year for clients across the UK including in  Cheshire, Lancashire, Merseyside, Greater Manchester and further afield in London, Halifax, Leicester and Bristol.

The bespoke, top of the range modular buildings have helped several businesses to expand by creating outdoor office space and meeting rooms which are fully insulated for year-round use, and plumbed in with kitchens and toilets, cutting overheads for company rent.

The rooms, manufactured at their workshop on Deeside and erected on site at the client’s home or business, the rooms are popular with home workers who improve their work-life balance by using outside space to keep work separate from family life, and cut out commutes.

There is also growing interest from pensioners and younger couples who have commissioned the rooms to expand their living space and add value to their homes without having to go through the hassle of moving house.

Rubicon’s buildings have also proved a hit with artists, musicians and craft makers who use the rooms to enjoy hobbies from sewing and model making, to recording tracks and painting.

They are an ideal solution for fitness fans who have used the space to create home gyms, yoga studios and even house swimming pools and spas. They’ve even been commissioned as outdoor cinemas for private individuals and schools.

The company recently used its expertise to build a café for North Clwyd Animal Rescue (NCAR) , a one-off project at Trelogan, near Holywell.

Rubicon Garden Rooms is also the only garden rooms company in the UK to have Buy With Confidence accreditation from Trading Standards, who carried out rigorous checks before awarding he accreditation.

Managing Director John Lyon said: “We’re delighted to have been shortlisted as a finalist for two Welsh SME Awards.

We are proud to have stayed true to our roots here in Deeside as we have expanded to build more and more garden rooms across the UK.

We are committed to providing the best possible quality of product and customer service from our base here in Deeside.

We’re committed to helping improve the skills of the local workforce which is why we have been keen to continue training up apprentices through our partnership with Coleg Cambria.

Wherever possible, we try and buy from local suppliers because we like to support the local economy and keep as much as we can of the revenue in this area.

It’s great to be nominated and we’re looking forward to the awards ceremony in Cardiff.”

Creative Oceanic has delivered award ceremonies for nearly a decade in cities around the world, including Belfast, Dublin, Toronto, London, Glasgow, Cardiff, Manchester Leicester, Birmingham and is soon launching in New York.

Irfan Younis CEO of Creative Oceanic said: “We are delighted to bring the SME Business Awards back to Wales for the second year.

These awards will give thanks to small business owners and provide them with a platform to be recognised for all the great work they do. Best of luck to all finalists, we look forward to celebrating with you on the night.”

North East Wales multimedia and marketing companies have joined forces during lockdown to give clients a business boost.