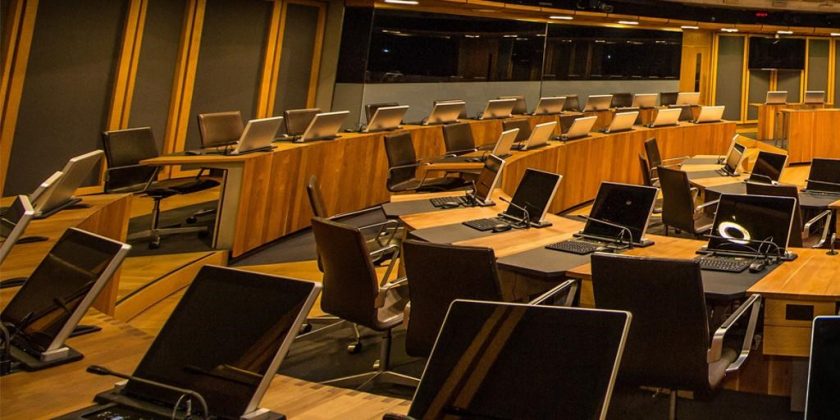 A North Wales MS has revealed she is considering whether to refer allegations of politicians drinking on Senedd property to the police.

Earlier today, it was announced that the Senedd Commission had made referrals to to the Standards Commissioner and Cardiff Council after finding a “possible breach” of regulations had occurred.

The gathering was said to have happened four days after a ban on the sale, supply and consumption of alcohol in licensed premises came into force in Wales.

The unofficial meeting took place in the Senedd tea room in the Ty Hywel building, which is linked to the Senedd building pictured above.

All three MSs have apologised but deny breaking any rules.

Alun Davies has been suspended by the Labour group while investigations continue, but the Welsh Conservatives have backed their leader over his alleged involvement in the face of calls for him to be suspended.

The Conservatives have also been forced to deny that their leader and Millar were involved in a “second night of drinking” on the Senedd estate after a report appeared on the Guido Fawkes political news website.

North Wales MS Mandy Jones has said she is considering taking the original incident further by referring it to police.

The independent, who was formerly a member of UKIP and the Brexit Party, aired her frustrations after she said one of her constituents had been fined for visiting her mum in a care home, adding that politicians ought to be “leading by example”.

In a letter to the Llywydd (Presiding Officer), she said:

This happened just days after the Welsh public and Welsh hospitality businesses were banned from consuming and serving alcohol on licensed premises.

During a period where a constituent of mine was fined for just driving to visit her mother in a care home, I find this behaviour upsetting and frankly, unbecoming of elected representatives who, more than anyone else, considering their roles as legislators, should be leading by example.

The burden on the member of staff involved is possibly less, but considering his seniority, as chief of staff, he should be setting the example for the staff under his supervision to follow.

I think there is a case against each member for the Standards Commissioner as there is no doubt in my mind that they have brought the Senedd into disrepute — the headlines speak for themselves – and I will be considering whether to submit a complaint to the commissioner in the next few days.

Before I do so, I would like to hear whether you, as the Presiding Officer, in the interests of transparency and fair play, have referred this matter to the police for formal investigation into the behaviour of the members concerned (and any others) and to establish whether alcohol was sold on the premises for consumption?

If you have not done so, I regret that I will have to consider this course of action myself.

I’d like to enquire whether CCTV footage will also be forwarded to the Police?

On the face of it, it would appear that social distancing guidelines have been breached and the law in respect of the mixing of households has been broken.

At a time when the people we serve are suffering on every level, I believe your office should take the lead on delivering a swift and transparent investigation into this matter.

In a statement on the Senedd Commission’s initial findings released earlier today, the Llywydd, Elin Jones MS, said: “The commission’s internal investigation has established that alcohol was consumed by five individuals in the Senedd’s licensed tearoom, four of whom are elected members.”

“The investigation has concluded that a possible breach of regulations occurred and therefore the chief executive of the Senedd Commission has referred the matter to Cardiff Council.

“The regulations in place at the time imposed strict restrictions on members of the public with regard to the consumption of alcohol.

“Given that the possible breach in question occurred as a result of the consumption of alcohol by Members of the Senedd, I have also written to the Standards Commissioner to ask him to investigate whether these members acted in accordance with the duty in the code of conduct to conduct themselves in a manner which maintains and strengthens the public’s trust and confidence in the integrity of the Senedd.”

“The group extended its unanimous support for Paul Davies to continue in his post as leader of the group.”