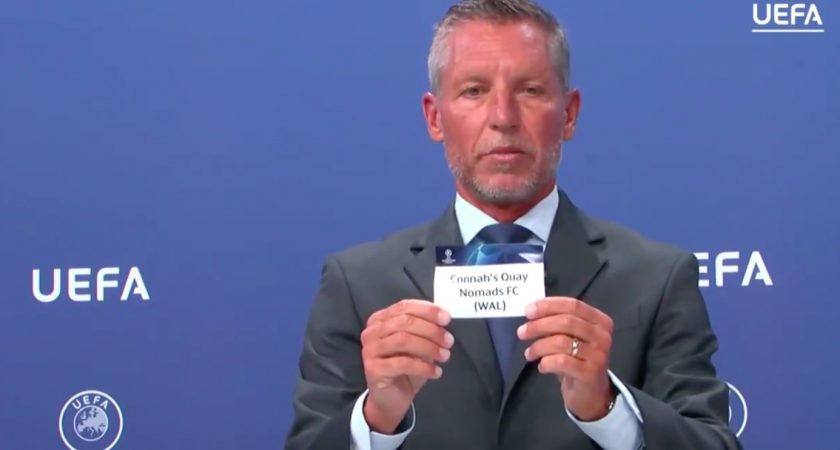 Connah’s Quay Nomads will face FK Sarajevo in the First Qualifying Round of the UEFA Champions’ League.

34 teams were in this mornings draw which took place at UEFA HQ in Nyon.

The JD Cymru Champions, making their debut in the competition have been drawn at home against the Bosnian champions.

The Bluebirds stadium has been chosen as it’s already prepared for Covid-safe regulations.

All the matches are one-off ties, with extra time and a penalty shoot-out if required.

“Very humbling to listen to the champions league music and then have our clubs name read out.

All three seeded teams would be sat with fingers crossed praying they get Connah’s Quay.

Bring on the Bosnians.”

The #UCL match will take place in Cardiff on 18 or 19 August. pic.twitter.com/fXeIqXQ3Kx