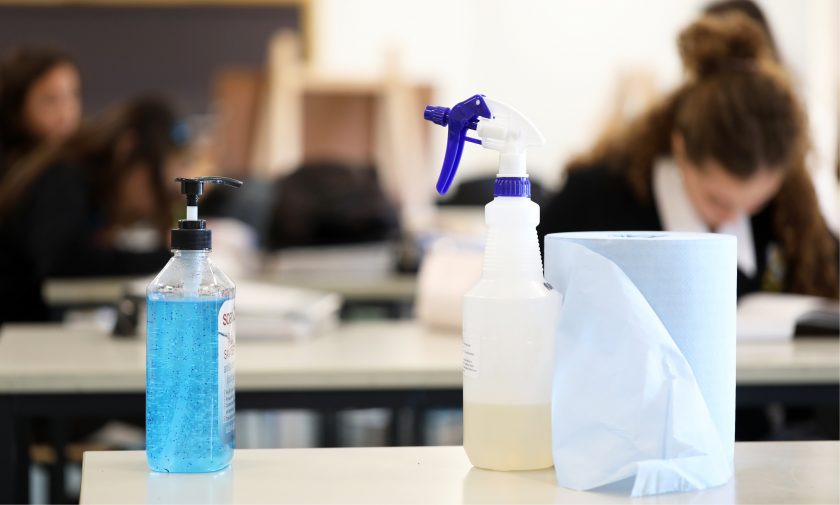 Schools are playing a higher role in transmission of COVID-19 than first thought and “extra support will be needed” Plaid Cymru Shadow Education Minister Siân Gwenllian MS has said.

Earlier this week , Deeside.com reported on how the Welsh government is looking at what further measures can be implemented in secondary schools to help control the spread of COVID-19.

A report published by the government’s Technical Advisory Group (TAC) – who provide scientific and technical advice to ministers in Wales – points to higher levels of infection and transmission rates in secondary school age groups than first thought.

Since the start of term, nine of the 11 (81 per cent) of secondary schools in Flintshire have reported at least one COVID-19 case, which in most cases result in whole year groups having to self isolate.

Two cohorts – year 7’s and 8’s – at Hawarden High School are currently self isolating for 14 days after positive cases were reported towards the end of last week.

Year 11’s at Connah’s Quay High School are now isolating for two weeks after a positive case was identified this week.

TAC looked at the latest Covid surveillance study from the Office of National Statistics, it shows there is higher rate of asymptomatic transmission – from infected people who do not develop symptoms – and children are most likely to be the first case in a household.

New measures have been recommended by TAC for ministers to consider, they include the compulsory wearing of face coverings, including in class rooms and intermittent school attendance of year groups on a week or fortnight on /off basis.

The reports also states there should be, “consideration should be given to exploring the feasibility of mass asymptomatic testing programmes in school and college settings to enhance infection control and maintain confidence of students, parents and staff.”

Plaid Cymru Shadow Education Minister Siân Gwenllian MS has said : “It’s time we accept that schools are playing a higher role in transmission than was initially thought, and that extra support will be needed.”

“Children tend to be the main drivers in respiratory infection, and since they are more likely to be asymptomatic, it is right that wider testing in schools – including asymptomatic children – is introduced.”

“This is supported by recent ONS data which also says that children tend to be the first case in a household.”

“This will be a really important step in helping trace where coronavirus is in our communities, and focus should be on areas with the highest prevalence.”

“As more details are known about the role of children in spreading the virus, it’s really important our schools are supported at this time.”