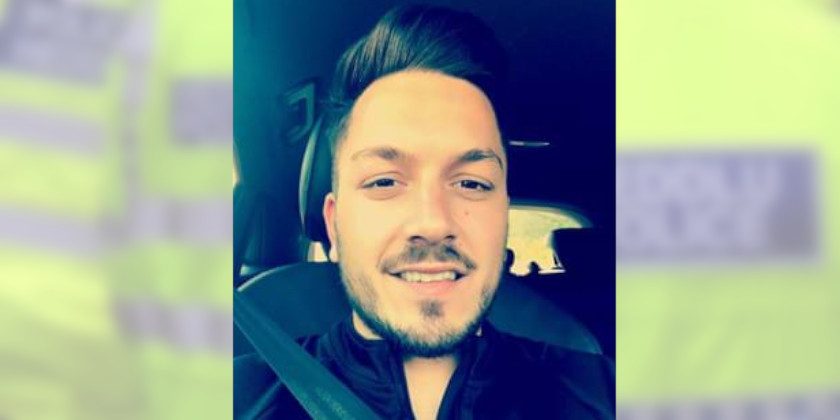 A North Wales Police officer seriously assaulted by a man he was attempting to arrest, has spoken about how overwhelmed he feels by the reaction of the public.

PC Richard Priamo is an officer with the force’s Roads Policing Unit, and since he was assaulted, messages of support have poured in from around the world, including ex-Welsh rugby star Mike Phillips and officers at Vancouver Police Department in Canada.

Richard was released from hospital earlier this week, and is now continuing his recovery at home: “I’m pretty sore at the moment, and I have limited mobility. Because of my injuries, I have to take lots of medication, which also makes me tired.”

His recovery will be a long process as he faces between two and four months away from work: “My focus now is moving towards physio, residential rehabilitation and the inevitable outpatients’ appointments.

“I’m desperate to get back to work, and doing what I do best, but I appreciate for now, a full recovery is the number one concern.”

The news of PC Priamo’s assault has also prompted an outpouring of public support, as he explains: “I’ve been inundated with visits from friends, family, colleagues, and I’ve had so many cards from members of the public. It’s been quite overwhelming.

“I would like to thank everyone who has taken the time to wish me well, and in particular, the staff of the SAU Ward at Wrexham Maelor Hospital. They were truly fantastic, so accommodating and passionate in their care.”

North Wales Police Chief Constable, Carl Foulkes said: “An assault of any kind should never be considered “part of the job”. I will continually ensure our officers get the very best training and equipment and we continually seek to ensure that welfare support is readily available when they tragically become victims of an assault.

“These attacks leave their mark physically and mentally on the officers, colleagues and their families. As Chief Constable it is my duty to support my officers and highlight to the courts the effect of those injuries on our staff who are working hard to safeguard the public.”

Mark Jones, General Secretary of North Wales Police Federation said: “This particular attack on one of our colleagues is an absolute disgrace.

“We have instigated our Federation welfare support and will continue to make sure our colleague is fully looked after as he recovers.”