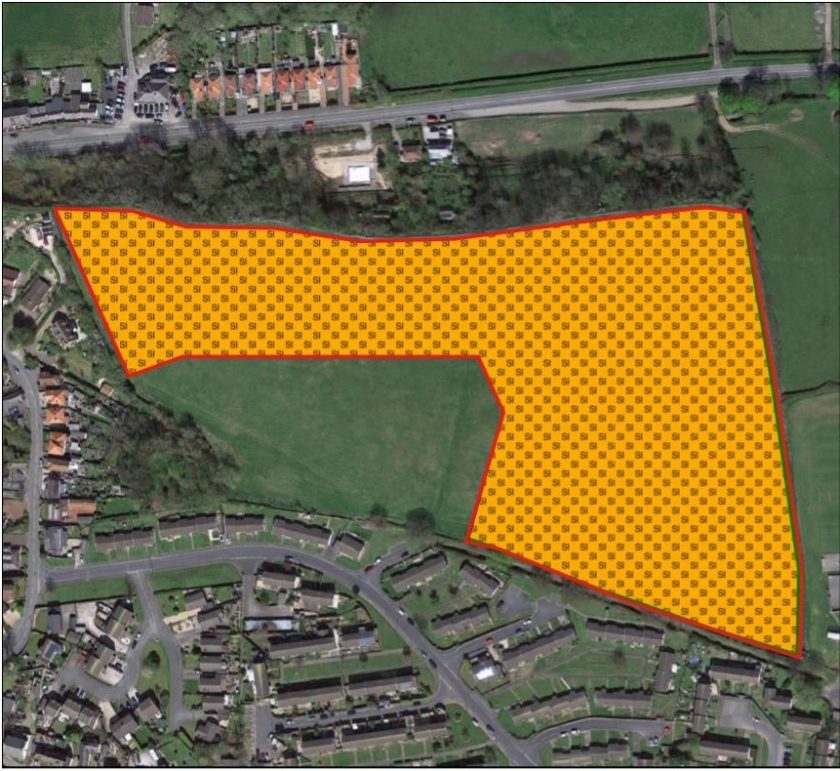 A housing company’s plans to dump 19,000 cubic metres of soil from one of its developments on farmland look set to be approved despite concerns about contamination.

Wates Construction is currently in the process of building 41 new homes in the village of Gronant in Flintshire.

The properties at Nant-y-Gro form part of Flintshire Council as part of its Strategic Housing and Regeneration Programme (SHARP).

The firm applied to the local authority in December to take a large amount of earth excavated from the site and put it on a neighbouring area of council-owned agricultural land to be regraded.

Three objections have been raised by nearby residents regarding the potential risk of land contamination, increased traffic generation and noise impact.

However, the scheme has now been backed for approval by the council’s chief planning officer.

In a report, Andrew Farrow said: “The proposed deposit of approximately 19,000m3 of material over approximately 4.81 hectares, would result in an increase in land levels by some 400mm over the total site area.

“It is considered that in visual terms this increase would be acceptable and can be assimilated into site/wider surroundings whilst maintaining the existing character.

“Consultation has been undertaken with both Natural Resources Wales (NRW) and the council’s contaminated land officer.

“It has been confirmed by NRW that they have no objection to the application on the basis of the details submitted.

“The council’s contaminated land officer does however have concerns regarding the need to ensure that the material to be deposited is inert and recommends that an assessment of the condition of both the donor and recipient sites is needed to allow the potential effects upon human and animal health and the environment to be undertaken before development commences.

This can be secured by planning condition.”

Mr Farrow said a traffic management plan would be put in place to address one of the issues raised by neighbours, while controls will be placed on working hours in order to minimise disturbance.

The approval of the plans is also subject to a condition requiring the soil to be tested before any of it is moved.

The application would normally be dealt with by the authority’s planning committee, but due to the coronavirus outbreak will now be decided by Mr Farrow himself.

Councillors will be given the chance to provide feedback before the chief officer announces his conclusion next week.