Delays on M56 in Cheshire following a collision 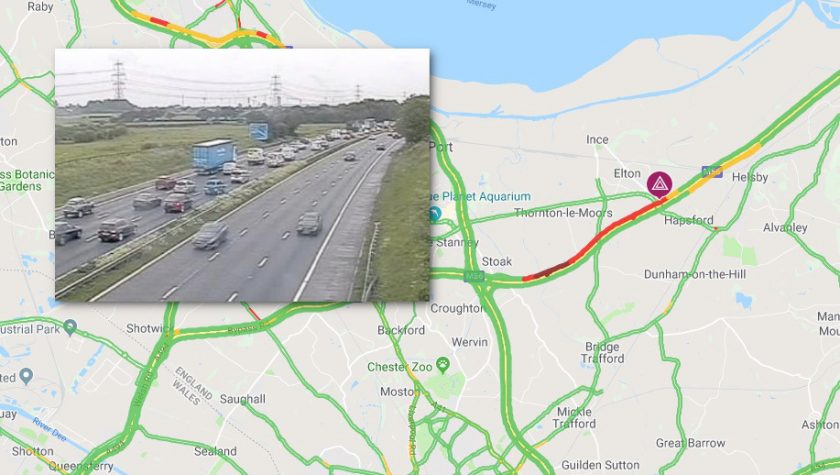 There are reports of delays on the eastbound M56 – heading away from Deeside following a collision.

Latest traffic report for the area states: “Queueing traffic due to accident, now on the shoulder on M56 Eastbound at J14 A5117 (Hapsford).

Traffic released by 8am – lane three (of three) was blocked until around 7:55am when traffic was held.

All lanes have been re-opened. but around three miles of stop-start traffic remains.