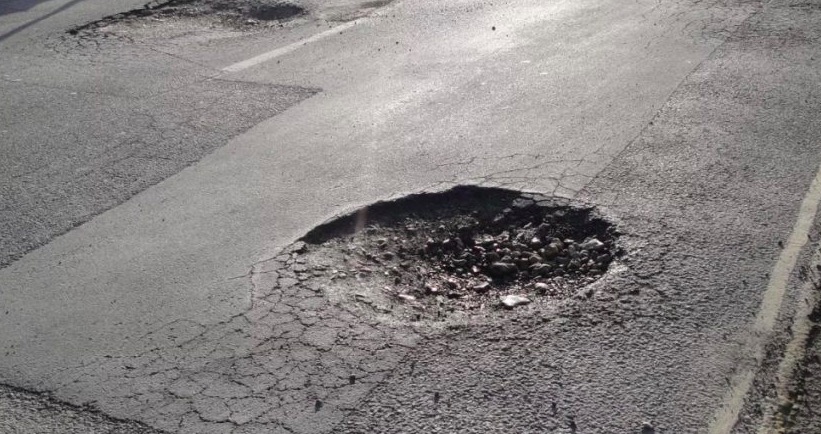 The deteriorating condition of Flintshire’s pothole-ridden roads has been flagged as a ‘major risk’.

Flintshire Council has previously said that the estimated cost of the current repair backlog on the county’s roads is around £40 million.

One politician also highlighted a road which he claimed had more than 100 potholes on it.

The local authority has now revealed the results of recent surveys showing the condition of surfaces is growing worse as a result of severe weather.

Extra money was invested in mending the area’s highways during the summer.

However, the council’s chief officer for streetscene and transport has warned it might not be enough to tackle the problem.

In a report, Stephen Jones said: “The risk trend has increased due to the severity of the 2017/18 winter, with road conditions throughout the  ounty detrimentally affected by road surface defects and potholes.

“Additional funds, resources and contractors were deployed across the county over summer in efforts to repair the network as defects were identified.

“This also included the priority resurfacing and patching capital schemes, which commenced in June 2018.

“This more expensive and permanent repair to the road surface is part of the annually planned maintenance regime which removed the significant defects and looked to improve the condition of the roads, whilst reducing the risk on the network.

“However, these efforts to mitigate the risk may not be sufficient to stem the decline in the network.

“This is backed up by scanner data results which show a worsening condition.”

One councillor previously suggested that drone technology could be used to tackle the issue.

Connah’s Quay Golftyn representative Paul Shotton highlighted the work of Leeds City Council, which is among those hoping to pioneer the concept which has been described as ‘self-repairing cities’.

Officers said they would find out more about the scheme, which would see drones used to find cracks and fix them before they become potholes.

Working mostly at night, they would be equipped with a 3D printer to spray asphalt into the defect.

The latest report on the state of the county’s roads is set to be debated by members of the council’s environment scrutiny committee next week.