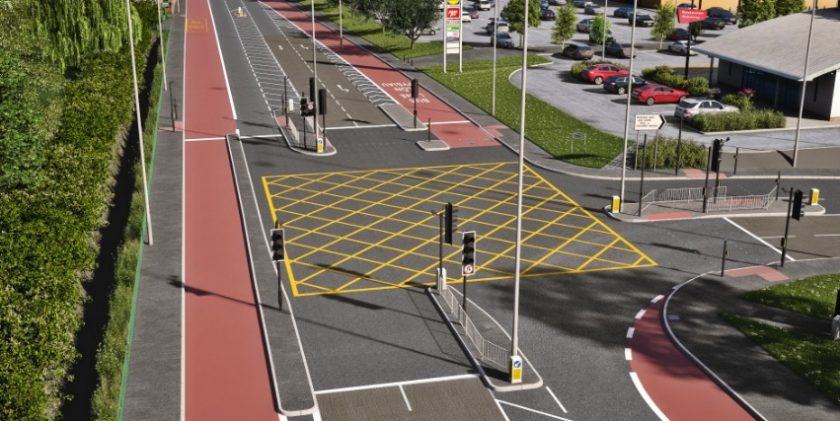 Concerns have been raised about the possible disruption a Flintshire community could face while new lanes are installed to speed up bus travel.

Plans to create dedicated bus lanes on the B5129 between Queensferry and Shotton were previously approved by senior politicians in the county in a bid to slash journey times.

Work is due to start on the scheme in January 2020 and Flintshire Council said bus drivers, cyclists and emergency service vehicles on blue light calls would all be able to benefit.

However, community leaders have raised questions about how the authority will handle any disturbances during the construction phase.

Shotton west councillor Sean Bibby said he supported the initiative, but added people in the town were sceptical about it.

Their concerns were also endorsed by Buckley councillor Dennis Hutchinson during a meeting held today to discuss the potential use of ANPR cameras to fine peple who misuse the lanes.

He said: “I understand and to some degree support the scepticism of residents in the Shotton area.

“It’s quite a narrow piece of road network and I’d like assurance that it’s going to be done in a sensitive and positive way.”

As part of the scheme, traffic signals will also be upgraded to give priority to buses and cyclists on Wepre Lane in Connah’s Quay, Church Street in Flint and the B5121 in Greenfield with indicative funding given for next year.

The council said the changes would result in a large reduction in bus journey times for workers travelling to Deeside Industrial Park.

In response to the concerns raised about the disruption in Shotton, a senior officer said council staff would be on hand during construction to address residents’ concerns.

Steve Jones, the authority’s chief officer for Streetscene and transportation, said: “We will be looking at all options to make sure the work’s carried out at the right time of day and that the contractor is flexible.

“It will be a recognised, well-experienced contractor carrying out the work.

“A number of the Streetscene team will be permanently on site to talk to businesses and local residents to make sure that if there is any impact we do everything we can to mitigate it.”

Cameras will be placed along the route where the lanes are being installed to prevent drivers of cars, motorbikes and taxis using them without permission.

Any unauthorised use will result in a fine being issued with all income set to go directly to the council.

Mr Jones said the money generated would be reinvested in the area’s road network.

At the end of the meeting, councillors voted to support the vehicle restrictions and a traffic regulation order will be advertised in the near future to highlight the changes.