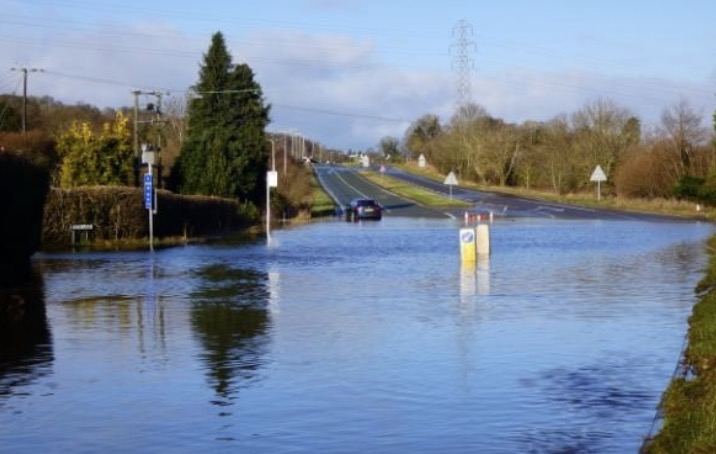 Calls have been made for “radical steps” to be taken to prevent communities in Flintshire being devastated by flooding.

It follows a report being published warning that some parts of the county could have been completely cut off had the recent torrential downpours brought by Storm Christoph continued for just another two hours.

Two politicians have compiled the document examining problems faced by residents in the villages of Hope, Caergwrle and Abermorddu during January’s extreme weather.

It shows flood water reached the steps of several homes and caused sleepless nights for residents, while several key routes in and out of the area were left underwater.

Cllrs Gladys and Dave Healey, who represent the villages on Flintshire Council, said the issues has been caused by a lack of gully cleaning and collapsed drains in the area.

They have urged public bodies to take action after suggesting there could be a repeat of the severe flooding witnessed in 2000, when the Packhorse Bridge in Caergwrle collapsed under the pressure of flood water from the River Alyn.

Cllr Dave Healey said: “Our report makes it clear that steps need to be taken to ensure that local residents do not experience the same level of anxiety in the future.

“We know that climate change is a story set to run and we are asking for radical steps to be taken to reduce the volume of water that enters the River Alyn and causes problems downstream within both Flintshire and Wrexham. 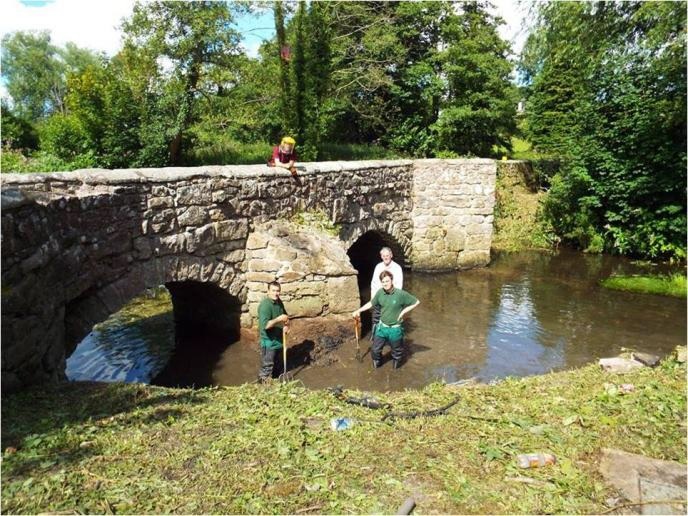 “One particular issue that needs to be resolved is the need for either National Resources Wales or Flintshire County Council to accept responsibility for the regular clearance of the arches of Caergwrle’s Packhorse Bridge.

“At the moment it seems that each body believes that it is the duty of the other to do it.”
Cllr Healey said the Alyn Valley area was also affected because of water run off from Hope Mountain and other hills.

The report references flooding issues along the A541 Mold Road, which is the main route through the villages, connecting them with Mold and Wrexham.

It calls for a culvert close to the road to be thoroughly cleaned, with the maintenance of the 17th century Packhorse Bridge also cited as a major issue.

Due to a lack of regular works, residents have previously taken it upon themselves to clear debris from under the bridge’s arches and prevent their homes being deluged.

Since the report was published, Flintshire Council has acknowledged responsibility for the bridge and pledged to ensure it’s maintained properly.

The local authority’s chief officer for streetscene and transportation, Steve Jones, said: “The council can confirm that they are in receipt of the local councillors’ local flooding report which will be considered as part of the wider flooding investigation.

“The Packhorse Bridge in Caergwrle is a Flintshire owned highway asset and will be managed in line with all other owned highway structures throughout the County.

“Flintshire County Council will work closely with National Resources Wales to ensure that both the bridge and river are both appropriately maintained.”

Meanwhile, Natural Resources Wales said the storm showed the “extreme and unpredictable” consequences of climate change being faced by communities across the country.

Operations manager Keith Ivens said: “NRW is committed to working with partners and other risk management authorities to document, investigate and understand the sources of flooding and the impacts derived from Storm Christoph in order to reduce the impacts and for communities to become more resilient to future flooding.”

“But as climate change leads to more extreme weather events, we are certain to see more records broken in the future, and we have to accept that some flooding is inevitable.”

“The prospect of managing such huge quantities of water is extremely challenging and must be approached in a collaborative way.“

“From considering where we build our houses, to how we invest in defences, now is the time to think and act differently in our ambitions to drive forward the action needed to adapt to the climate challenges of the future.”