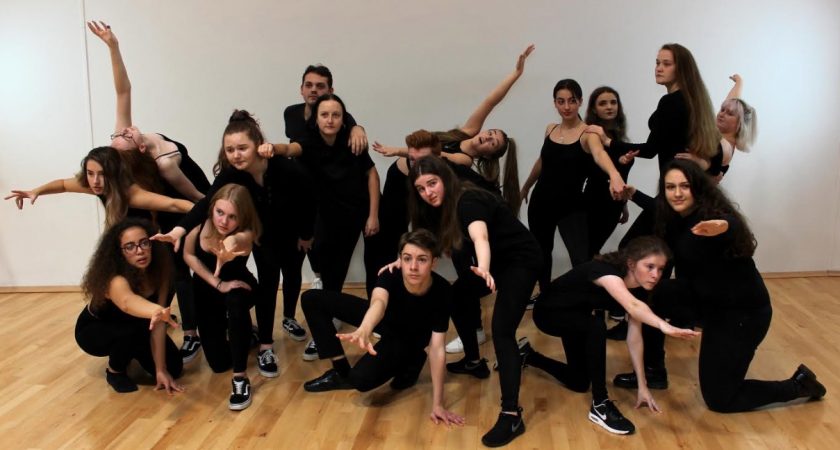 A Composer who received one of Wales’ most prestigious music prizes is hitting all the right notes with a historic production.

Performed by A level Drama and Music students from the college’s Deeside Sixth Form Centre, and pupils from Denbigh High School, it will form the centrepiece of the Heritage Angel Awards Wales Ceremony at Caerphilly Castle on November 8.

Before that there will be a matinee showing at Clwyd Theatr Cymru in Mold this Sunday.

The Mighty Quill was written by Claire and Adam Tranmer and takes a light-hearted look at the story of Gerald of Wales, a royal clerk to the king and two archbishops who in the 12th century travelled widely and recorded the first ever trip around the country.

Winner of the coveted Musicians Medal at the 2018 National Eisteddfod, Tim created eight pieces for the programme, and is excited to see it come to life.

“It’s a really wonderful show full of imagination and brilliant animation, driven by the performance of the students,” said the 38 year-old, a former teacher at Ysgol Bryn Elian, Colwyn Bay, and Ysgol Brynhyfryd in Ruthin.

“I’ve created eight songs in a variety of styles, with lyrics written by Claire and Adam Tranmer, who came up with this fun story based on the tale of Gerald of Wales.

“There are myths and legends in a musical style that follows Cadw’s vision to produce something more creative in tribute to this important historic event.”

Tim added: “Debuting at Clwyd Theatr Cymru gives us the opportunity to perform for friends, family and people in the locality, but also to fine tune the music, dancing and visual side of the show.

“It’s an honour to have been chosen to write the music for such an interesting and entertaining programme and I look forward to seeing it come to life.”

Reflecting on his achievement at the National Eisteddfod – where he created a piece for a full orchestra which would work for a TV detective series of no more than seven minutes – Tim said: “I had always known I could compose but went straight into teaching and never had the opportunity to do so.

“I love every second of my life in education, but this is a huge passion of mine and to win such a prestigious award was incredible.”

Funded by the Andrew Lloyd Webber Foundation, the Heritage Angel Awards are a celebration of the people who make a difference to preserving and maintaining the country’s history and tradition, through fundraising and restoration of buildings to construction skills and training.

Cadw’s Head of Lifelong Learning Susan Mason said the prizegiving has been organised in partnership with the Royal Commission on The Ancient And Historical Monuments Of Wales, and added: “We wanted to involve as many young people as possible in a creative response to these awards.

“The idea is to involve and inspire young people across Wales, bringing them together to actively participate, appreciate and interpret their culture and heritage.”

For more information and to book tickets for the performance at Clwyd Theatr Cymru, visit the website: www.theatrclwyd.com/en/whats-on/the-mighty-quill