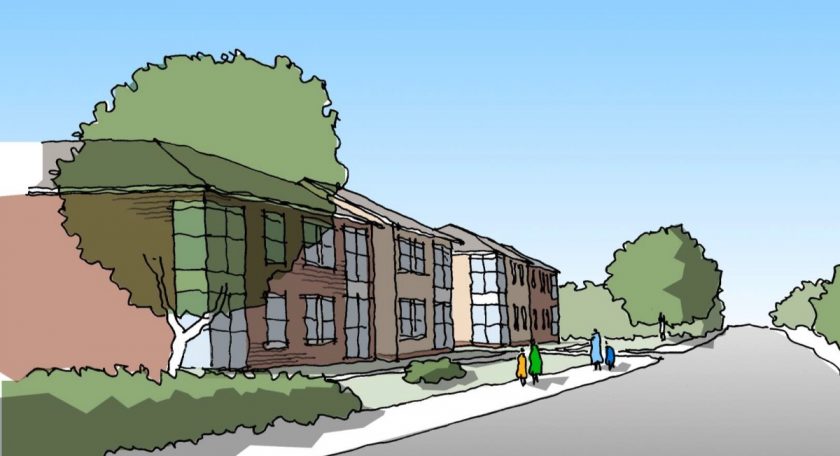 An appeal has been launched after plans to build retirement housing in a Flintshire village were thrown out for the second time in 12 months.

Councillors rejected an application to create 36 apartments for over-55s in Penyffordd at a meeting in September amid concerns about the amount of new properties being constructed in the area.

The scheme on Rhos Road was originally dismissed in the autumn of 2018, but the man behind the proposals later launched a fresh bid to get them passed.

Richard Heaton has now appealed to the Planning Inspectorate after agents acting on his behalf questioned Flintshire Council’s handling of the application.

They also claimed there was an identified need to provide housing for elderly people in the village.

In an appeal statement, they said: “There are concerns over the way in which the authority has dealt with the planning application.

“Despite continual assurances from Flintshire that the application would be reported to planning committee with a favourable recommendation – a total of five consecutive planning committees from March to July 2018 – planning permission was refused in September 2018.

“Both the council and the local community have identified a need for housing for the elderly.

“A full suite of professional documents was submitted in support of the application, as if it were an application for full planning permission, demonstrating that the application is genuinely available, free from physical and economic constraints.

They added: “There is no issue of prematurity as considerable weight must be given to the significant need for additional housing land to be brought forward and the proposed site would contribute to this established significant need.

“For all of the above reasons it is clear that the council’s decision to refuse planning permission was unreasonable and should not be supported.”

At September’s meeting, planning committee members unanimously backed the recommendation of officers to deny permission for the scheme.

It came after concerns were raised over the impact of 261 houses which have been approved on appeal across several sites in the village.

Addressing her colleagues, Penyffordd councillor Cindy Hinds said the local infrastructure would not be able to cope with any more.

She said: “I just feel our settlement has been so heavily developed and to add more with the Local Development Plan coming into being brings the integrity of the whole planning process into question.

“The infrastructure is not there; our water and drainage is insufficient to cope, and our public transport is very poor.

“We do have a shortage of elderly accommodation, but we need bungalows.

“I hope the committee will agree with the officer.”