A55: All lanes back open following earlier collision 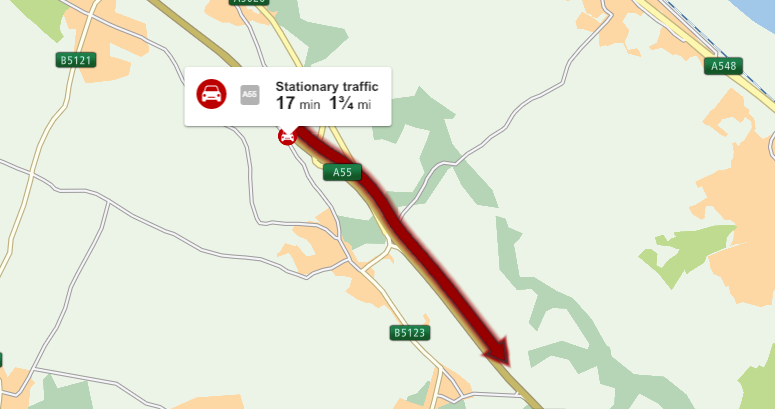 Update 3. @Roughcuts1 tweeted us to say: “Only two cars at the side of road now and one recovery vehicle. Both lanes moving.”

All lanes reported to have reopened at 8.45am.

Update 2. Reports say emergency services are at the scene, as of 8.15am there is three miles of stationary traffic back along the A55 to Dolphin.

Please be aware that traffic will be backed up eastbound on A55 at Halkyn following a road traffic collision.

Adam posted an update on the A55 Facebook group saying: two rear ends. “No serious injuries as everyone out of there cars guiding the one lane passing through.”

Update 1. Traffic is beginning to build up in the A55 eastbound from Halkyn due to a collision.

One lane is reported to lane blocked and slow traffic due to the accident.

“J32 – J33A Eastbound – delays due to a collision. Lane one blocked,
traffic Officers have just arrived at scene”