Theatre Clwyd has announced its Autumn season line up which includes a major site-specific production, the world première of a new comedy and three new Christmas productions.

The production opens on 2 October, with previews from 26 September, and runs until 12 October before transferring to The Riverfront in Newport.

Pavilion joins the previously announced Mold Riots by Welsh playwright Bethan Marlow – a bilingual production following the story of the riots in the summer of 1869, when Flintshire’s miners, protesting a ban on speaking Welsh when underground and continually decreasing wages, were brutally suppressed by English soldiers.

Newly appointed co-Artistic Director of Paines Plough Katie Posner directs the large-scale site-specific production with a cast of over 100, leading audiences through the streets of the market town of Mold. 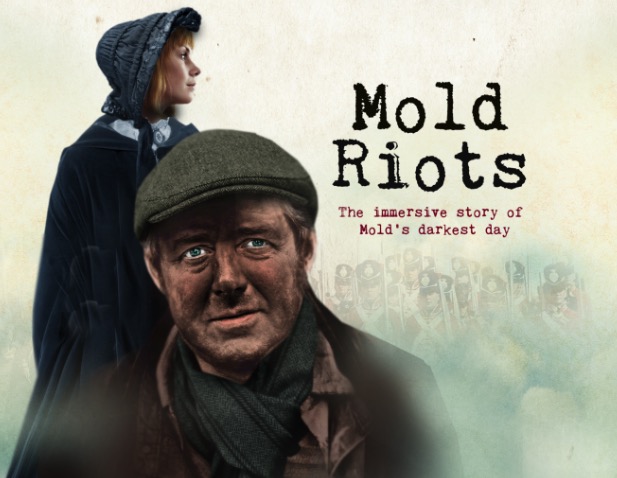 For Christmas the company will present three productions.

A new, immersive production of A Christmas Carol by award-winning Welsh playwright Alan Harris will be directed by the newly appointed Artistic Director of Keswick’s Theatre By The Lake, Liz Stevenson.

Continuing Theatr Clwyd’s partnership with Bangor’s Pontio Arts and Innovation Centre will be a new Welsh language storytelling adventure for young children by acclaimed writer and director Emyr John. Y Trol Wnaeth Ddwyn y ‘Dolig is the story of a brave little girl and her pet chicken who save Christmas from a bullying troll at loose in the mountains.

Artistic Director Tamara Harvey said today, “It’s a rare privilege to collaborate with a playwright at the start of their career – and we’re thrilled to open our Autumn season with Emily White’s début Pavilion, a fiercely funny, sharply poignant new play.

We then take to the streets with Mold Riots – a story ingrained within the history of our region.

Fittingly it will be performed alongside local residents, who 150 years on from that fateful summer, help us remember those who fought for their identity and language.

We’re delighted that these, alongside our three Christmas shows, mean that our Autumn season is built entirely around Welsh playwrights, exploring stories local and national, mythical, classical and new.”