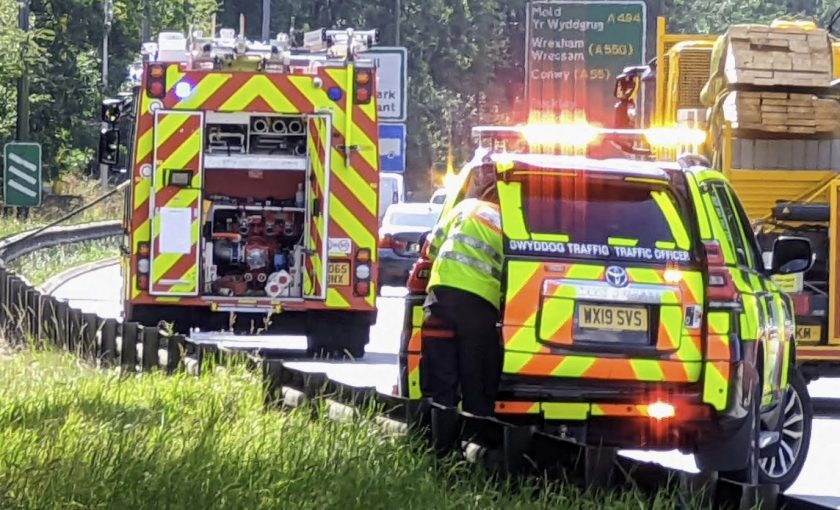 Firefighters in North Wales were called to almost twice as many road accidents in the last financial year after Covid travel restrictions were lifted.

Newly released figures show the region’s fire service attended a total of 207 collisions between the start of April 2021 and the end of March this year.

It represents a 97 per cent increase on the 105 road incidents crews went out to in 2020/21, when the number of road users had dropped significantly due to lockdown measures.

A senior fire officials said the sharp spike in accidents was likely down to the easing of restrictions designed to stop the spread of Covid-19.

The statistics were discussed at a recent meeting of North Wales Fire and Rescue Authority’s executive panel, where members heard it had contributed to an increase in the overall number of emergencies attended in 2021/22.

Deputy chief fire officer Stewart Forshaw said: “During the year, the service attended 5,354 emergency incidents, which was an increase of just under 14 per cent compared to the previous year.

“Road traffic collisions and special service calls were the main reason for this increase.

“The service attended 207 road traffic collisions last year, which was an increase from 105 the year before.

“This is likely to be a result of more people using the roads following the lifting of travel restrictions, which were imposed during the height of the pandemic.

“The type of tasks firefighters carried out at RTCs included making either vehicles safe or the scene safe on 83 per cent of occasions and they released people who were trapped in their vehicles on 71 occasions.”

A report to the panel also highlighted the severity of injuries people sustained in the road accidents, with 16 deaths reported and 54 individuals suffering serious injuries.

A total of 67 people sustained slight injuries, while first aid was required for a further 33 individuals and eight required only a precautionary check.