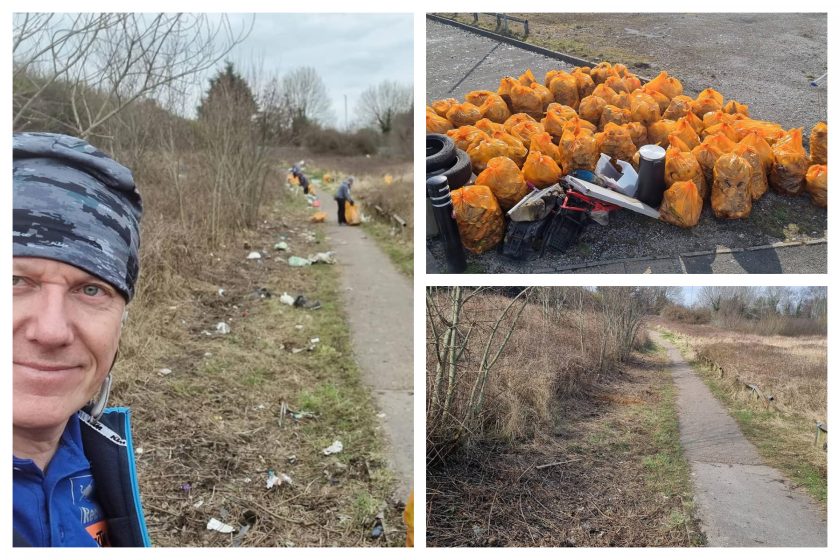 A Deeside-based litter picking group took to the streets over the weekend to clean a piece of land in the community.

‘Litter picking for Deeside’ formed as a group on Facebook last month after co-founder Vivien Jones was “really saddened” with the amount of litter she saw on her daily walk.

As of now, the group has grown to include over 420 members just shy of a month after they set up on 6 February – with support from Flintshire County Council and local councillors.

Exactly a month afterwards – on Saturday, 6 March – the group took to cleaning up the land behind Asda in Queensferry where they picked up litter on the embankment and along the path.

He said: “This was a huge effort from a small group of dedicated folk who took on what looked like the impossible – was that embarrassing mess really in our community?

“Well, as you can see, it has transformed but you cannot see that it is perhaps just over 50% done.

“We adhered to social distancing rules and, without excuse, got stuck in and filled bags with glass, plastic and cans plus some general refuse – all supported by Streescene who are taking it away for recycling.

“If more like-minded folk want to finish the job and get stuck in – there are still hundreds of bottles in the bracken on the bank. Sturdy shoes, trousers and gloves are needed to do that.

“If several folk take hard brushes and dustpans, then clearing the massive volume of smashed glass around that area would be amazing too.” 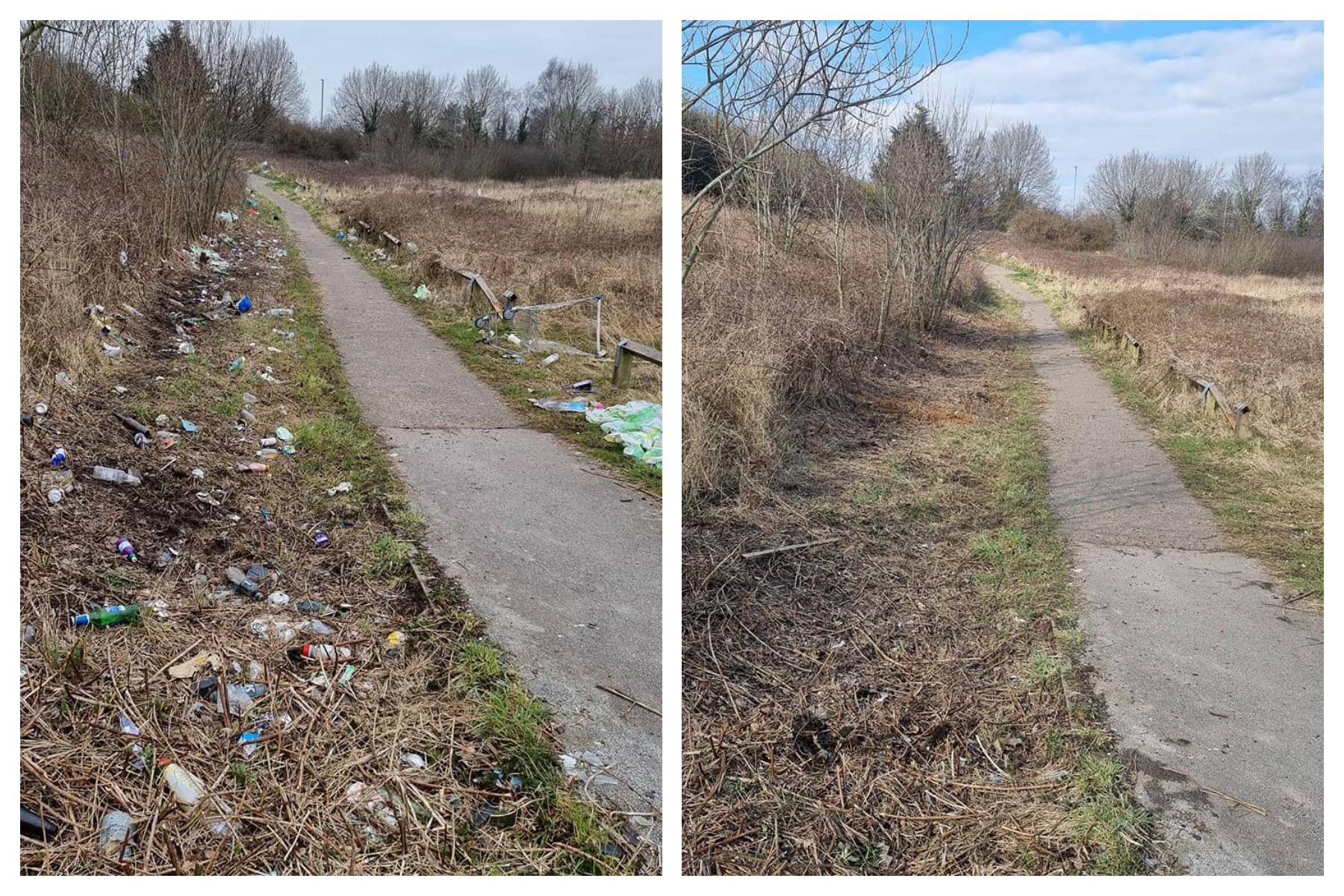 Full support for the litter pick was obtained from Flintshire County Council and Councillor Carolyn Thomas, who is a Cabinet Member for Streetscene and Countryside.

Streetscene is a Council service designed to give residents a contact to report problems which affect the community such as litter, dog fouling, recycling, faulty streetlights and more.

The land behind Asda is used as a cut-through by people walking from Queensferry to Higher Shotton and is owned by Asda themselves, but was put up for sale a number of years ago.

“I hope that the local community now continues to enhance this area, it has potential for sure,” said Andy. “There’s more work to do but this is a huge step forward and an enabler for the future of this space.”

Pictured above is Andy MOG James, who also provided the other images on display.