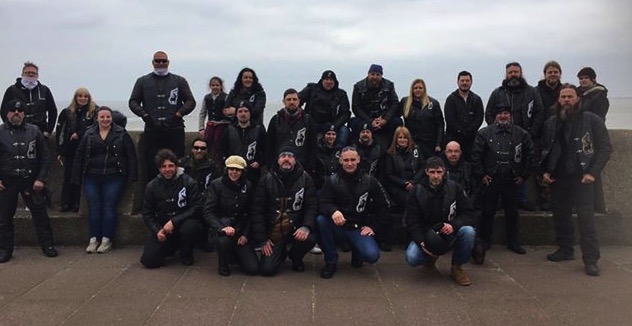 A local motorcycle club is set to meet two stars from a hit US TV show at Europe’s ‘biggest’ bike festival being held in Manchester this bank holiday weekend.

Organisers of Harley Davidson sponsored Bike Fest UK – which is taking place at Bowlers in Manchester – ran a competition for motorcycle clubs across the UK to win tickets to attend the event.

White Co Mcc, a family-friendly motorcycle club based in Deeside, was one of just four clubs – out of the 50 who entered – to win the competition which meant 33 club members were given free tickets for the weekend event.

Club members will have the opportunity to be photographed with two of the stars of hit TV drama Sons of Anarchy  – Tommy Flanagan (Chibs) and Kim Coates (Tig’s).

“Bike Fest advertised that there was a Mcc competition to win the whole club entry and to have a photograph with 2 of the the sons of anarchy cast Chibs and Tigs so we thought we’d give it ago and ended up being one of the winners.”

“Our club is like a family, we love nothing more than bringing the motorcycle community together, having fun, going for ride outs and attending as many events as we can as a club.

“White Co Mcc is a family friendly club who allows both male and female members to join. We ride anything from a 125cc and up.”