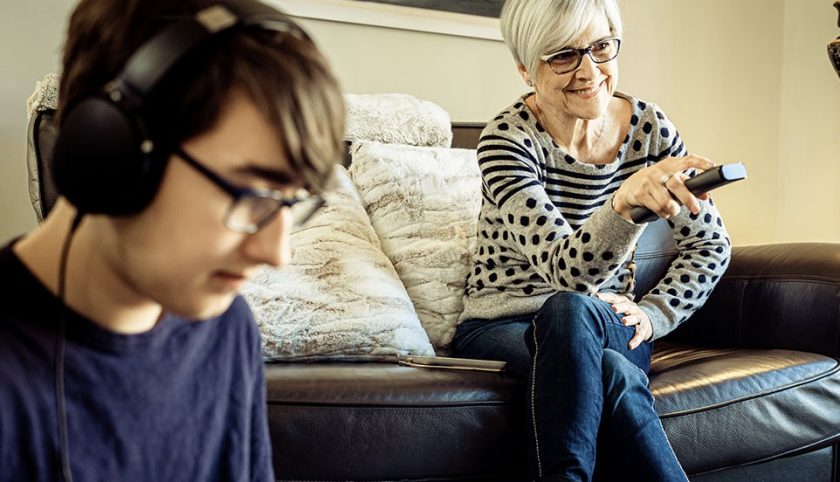 According to Ofcom’s latest Media Nations report for Wales, people aged 16-24 in Wales spend an hour and six minutes in front of broadcast TV in an average day – five times less broadcast TV than those 55+. 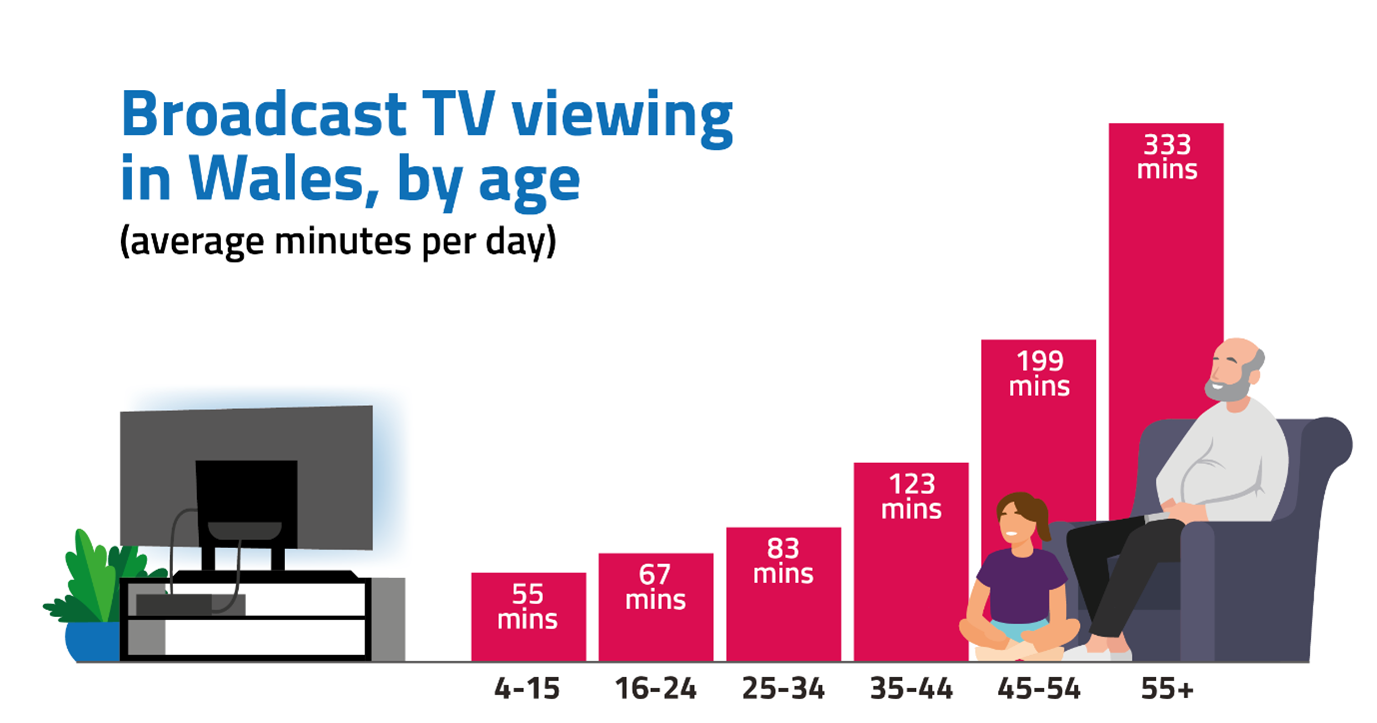 Ofcom found that around a fifth of homes in the UK (5.2 million) subscribe to all three of the most popular platforms – Netflix, Amazon Prime Video and Disney+ – costing around £300 per year. 70% of households in Wales subscribe to at least one of them, up from 64% in 2021.

Almost nine in ten 18-24-year-old adults bypass TV channels and head straight to streaming, on-demand and social video services when looking for something to watch, with Netflix the most common destination.

Broadcasters’ on-demand services had a similar level of reach to other streaming platforms, with most consumers using multiple streaming services.

BBC iPlayer was the most popular on-demand service in Wales, used by 77% of online adults and teens.

Social video platforms are also competing for viewing time and are particularly popular among younger age groups. I

Eleanor Marks, Ofcom’s Director for Wales: “The streaming revolution is stretching the TV generation gap, creating a stark divide in the viewing habits of younger and older people.”

“Traditional broadcasters face tough competition, which they’ve partly meeting through the popularity of their own on-demand player apps. Combined viewing to the main 5 PSB channels continues to account for more than half of broadcast TV viewing in Wales.”

Ofcom found that the average amount of time people in Wales spent watching TV and video content in 2021, across all devices, was 4 hours 33 minutes per person per day, down 33 minutes on 2020, which was more heavily influenced by Covid-19 restrictions, but up on 2019.

Time spent watching TV from broadcasters in Wales fell by 12.6% compared to 2020, the largest proportional decrease of any UK nation, supporting the long-term decline in overall viewing of broadcasters’ content, seen over the past decade.

However, people in Wales spent 3 hours 8 minutes per day watching broadcast TV on the TV set in 2021, more than the UK average.

The report found that people Wales are more likely than the UK average to have a connected TV at home.

Seven in ten (71%) TV users in Wales had a connected TV, higher than the average across the UK of 64%.

The report also found that in 2021 nine in ten adults listened to the radio in Wales for an average of 22 hours each week, with BBC network radio stations continuing to have the largest market share.