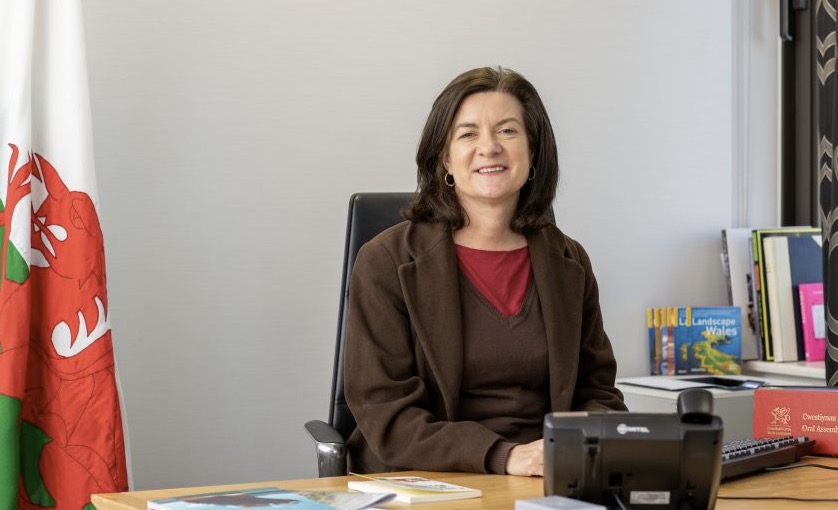 Wales’ health minister has today apologised “to all of those who have suffered during the pandemic.”

It comes after the report released by the House of Commons and Science and Technology Committee and Health and Social Care Committee into the UK’s handling of the coronavirus pandemic found that the delay to first lockdown was a “serious error” that should have been challenged – with “Wales” or “Welsh” mentioned just three times in the contents of the report.

The UK’s pandemic planning is also described as being “too narrowly and inflexibly based on a flu model which failed to learn the lessons from SARS, MERS and Ebola.”

This, the report found, that although the UK’s “pandemic planning had been globally acclaimed, it performed less well than other countries when it was needed most.”

There is also criticism over the initial decisions made at the start of the pandemic, including stopping community testing so early, which has been described as “serious mistake.”

The UK Government is also accused of “groupthink” between official scientific advisers and the government, which the report says “indicates a degree of groupthink that was present at the time which meant we were not as open to approaches being taken elsewhere as we should have been.”

At a Welsh Government press conference this afternoon Health Minister Eluned Morgan was challenged over the findings of the report and whether she would be willing to apologise to all those who have lost loved ones and suffered during the last 19 months.

Ms Morgan said: “I’ve never really understood why politicians have such a problem in apologising. Of course, I’m prepared to apologise to all of those who have suffered during the pandemic.

“We had a huge amount to learn and I’m pleased to say that we have learned over the course of the pandemic.

“Of course, we made some mistakes at the beginning of that process because of the lack of information and data and knowledge that we have that we now have learned.

“I think we have a duty and responsibility to say sorry to people where we’ve made mistakes.”

There is also strong criticism over the “lack of priority attached to social care during the initial phase of the pandemic”, which has been described as “illustrative of a longstanding failure to afford social care the same attention as the NHS.”

The report found that discharging people from hospitals into care homes without testing or isolation was “indicative of the disparity.”

It adds that this, combined with untested staff bringing the infection into homes from the community, led to “many thousands of deaths which could have been avoided.”

The report also highlighted the delay in implementing the first lockdown in March 2020 amid concerns over the “immense harm it would entail to the economy, normal health services and society.”

However the investigation found that “in the absence of other strategies such as rigorous case isolation, a meaningful test and trace operation, and robust border controls, a full lockdown was inevitable and should have come sooner.”

Wales entered the first lockdown in March 2020 at the same time as England, Scotland and Northern Ireland. Although all four nations have made separate decisions since then, including Wales’ firebreak and lockdown over Christmas, the Welsh Government has said it has followed advice from its own scientists and SAGE.

The health minister was challenged on whether in the early stages of the pandemic whether anyone within the Welsh Government was calling for a first lockdown to have been implemented sooner and whether there was elements of “groupthink”.

Ms Morgan added: “I was a member of the cabinet at the time and I can tell you that there were always very robust discussions in relation to COVID.

“I’m very clear also that we were very focused on the public health situation and I think the that we’ve got to be aware that maybe there was a slight difference in emphasis that were coming from England, very much more focused, perhaps on the economic aspects of, of what coronavirus might might mean.

“I don’t agree that there was a groupthink approach in in Wales. Our discussions in cabinet are always open, robust, and respectful and that is something that the First Minister has encouraged throughout the pandemic.

“The fact is that we have responded I think very positively since then. Our vaccination program has been highly successful, we know that that has helped to avert around 7000 deaths and 10,000 hospital admissions.

“Since then, I think what you will have understood is that we have taken a far more cautious approach compared to that of the the rest of the United Kingdom.

Today’s report, which all but focuses on England, also prompted renewed calls for the Welsh Government to carry out an independent inquiry into its own handling of the pandemic here in Wales.

So far the Welsh Government have been resistant to doing so and have so far instead opted to be involved in a wider UK-wide inquiry.

Ms Morgan again defended this decision, stating: “You’ll be aware that the First Minister has already written to Michael Gove to ask for some very clear guidelines and stipulations in relation to what that should cover

“Until we have a response from that. I think it’s appropriate for us to work on the assumption that they will be positive in their response to to to those requests by the First Minister, but of course, we will continue to keep this under review.