Wales CMO: No confirmed Omicron cases in Wales “but it’s probably a matter when, not if” 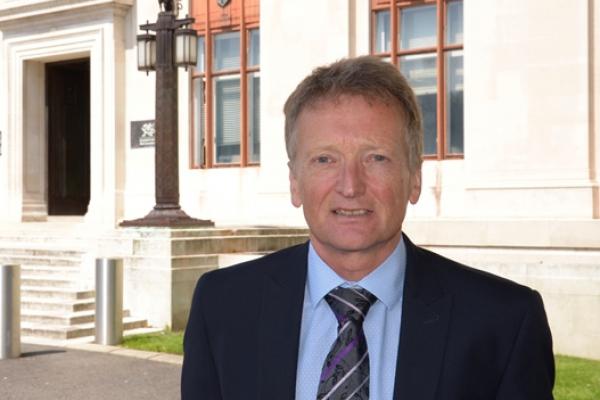 Nine cases of the new Omicron coronavirus variant have now been detected in the UK, six of those were confirmed this morning to have been identified in Scotland.

Some of the cases in Scotland are thought to have no known travel history, suggesting they could have been transmitted within the country.

Wales’ chief medical officer Dr Frank Atherton has said it was “not a great surprise” to see more cases in the UK but non have been detected in Wales so far.

Researchers in South Africa and around the world are conducting studies to better understand many aspects of Omicron.

The World Health Organisation (WHO) said in an update on Sunday: “It is not yet clear whether Omicron is more transmissible compared to other variants, including Delta.”

WHO says that the number of people testing positive “has risen in areas of South Africa affected by this variant, but epidemiologic studies are underway to understand if it is because of Omicron or other factors.”

WHO said: “It is not yet clear whether infection with Omicron causes more severe disease compared to infections with other variants, including Delta.”

“Preliminary data suggests that there are increasing rates of hospitalisation in South Africa, but this may be due to increasing overall numbers of people becoming infected, rather than a result of specific infection with Omicron.” The WHO said.

“There is currently no information to suggest that symptoms associated with Omicron are different from those from other variants.”

“Initially reported infections were among university studies—younger individuals who tend to have more mild disease—but understanding the level of severity of the Omicron variant will take days to several weeks.” WHO said.

Speaking to BBC Wales this morning, Dr Atherton said: “We have no confirmed case is here in Wales but it’s probably a matter when, not if.”

He said: “It’s clear that there is transmission from Southern Africa into Europe into other parts of the world. So we can expect to see cases here.”

“What we can do is to try to limit the spread of this variant here in Wales and in the UK more generally. It’s a matter of buying time rather than stopping the transmission completely.”

Dr Atherton said: “We have to delay the introduction of this new variant as much as possible, we tried in the past with Delta variant which came out of India, we managed to delay it but we didn’t stop it.”

“Recently the Delta strain of the virus has been the most predominant strain in Wales and nothing has been able to outcompete it.”

“The worry about the Omicron variant is that in South Africa, it really took off very very quickly in a population which had a fairly high degree of immunity because many people have been infected previously.”

“So that suggests that it is probably more transmissible maybe even than Delta, we have to worry about that. ”

He said: “If it is more virulent in terms of causing hospital admissions, Intensive Care Unit needs and deaths, that sort of signal would be very worrying indeed.”

“Our best line of defence against is still the vaccines and social distancing, those are the things that we know can keep us safe because they can reduce the transmission of this new variant in the community while we understand the implications of it.”

The chief medical officer said he was “still optimistic that we can have a better Christmas than we had last year.”

But he said, “things are quite finely balanced at the moment for two reasons, one is we have this new variant which we need to understand.”

“We need to understand is it more transmissible? Probably, it seems it is, more virulent? We just don’t know.

Dr Atheron said that before we heard of Omicron, “we were worried about what was happening in the rest of Europe with the wave of Delta infection spreading from East to West.”

“We don’t know whether that will stop at our shores, whether we’ve already experienced the worst of the Delta wave or that may still come. So there’s a lot at stake here.”

He said: “Nobody has a crystal ball that they can gaze into, things as of last week were gradually improving, so from a Delta point of view, we can hope that that will continue.”

“But from the Omicron variant, we just need to understand what’s going to happen over the next week or two.”

“The things that can keep us safe here in Wales? You know, I’ve talked about vaccines, It’s really important everyone gets a booster when their time comes up?”

A decision is expected today on whether the Covid booster jab will be recommended for younger people in the UK.

The JCVI – the group of scientists that advises the government on vaccines – is set to advise if it should be rolled out to under 40s and if the time between doses should be reduced.

Currently, all over 40s can get a booster jab – as well as those with certain health conditions and frontline health and social care workers.

Dr Atheron said: “The JCVI will be looking at further extending the booster progress, we’re expecting an announcement on that today.”

“Other things like reducing our total amount of social contacts, maintaining distance about wearing face coverings in crowded public places, all of those things can limit the spread of Coronavirus in general and potentially if (Omricon) gets established here, which it hasn’t as yet.”

“If we do those and are respectful of the things which can keep us safe, then there’s every chance that we can have a much better Christmas than then last year.” He added.

Dr Atherton said: “It’s fair to say that this variance is here, we need to work out what implications that has, will it lead to more harm in the public and in our communities? We just don’t know.”

“So being cautious for the next couple of weeks or so while we understand this virus better is what we need to do.”