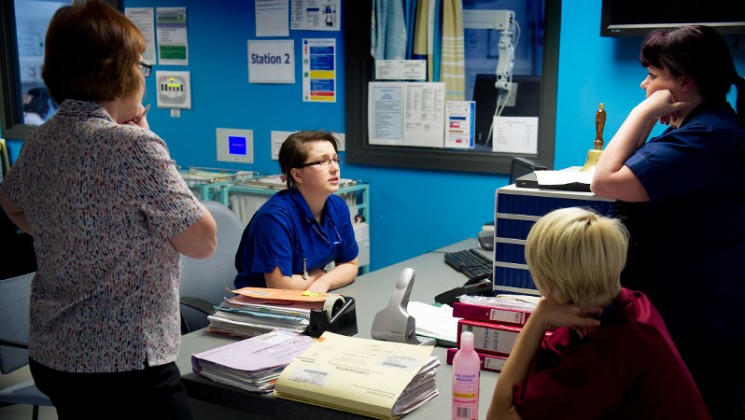 Health workers facing the full force of the cost-of-living crisis are being called on to support industrial action over pay, says UNISON.

The cost-of-living crisis has now reached such an extent that public sector staff are having to take extreme measures just to survive, ​says the union.

UNISON, which represents ​tens of thousands of ​health workers across Wales ​and ​almost half a million across the UK, says it has heard from ​NHS staff in Wales leaving pension schemes to “​free up much-needed cash, re-mortgaging and in some cases being forced to sell their homes in order to pay their bills.”

The news comes as UNISON is organising a series of events at health boards across Wales on Thursday ​(22 September​) calling on all NHS workers to show their support for industrial action following ​what it sees as the “latest derisory pay ​award from ​the Welsh ​government.”

The ​government’s pay award means everyone directly employed by the NHS will get an extra £1,400 added to their full-time salary.

​Yet, overall home energy bills will have typically risen by over £2,000 since the date of the last pay award for health workers, ​says UNISON.

​The union will soon begin balloting NHS workers in Wales over potential strike action as a result of the latest pay ​award.

“​These are unprecedented times. ​Many experienced staff will be lost to the NHS without urgent action.”

UNISON Cymru/Wales head of health Hugh McDyer said: “​Everyone should have the right to eat, heat their homes and feed their families.

“The pay ​award of £1,400 for health workers is nowhere near enough and leaves everyone in the NHS worse off.

“​However the award is sliced, it’s a real-terms pay cut ​across every single ​NHS salary band.”