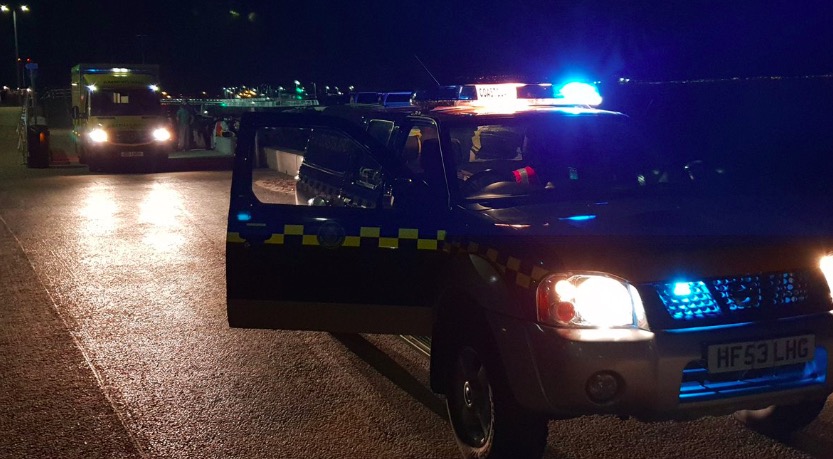 “In the first callout, we advise all people near the sea, and even by inland waters, to Respect the Water. Even though the air temperature is warm, the water is still cold at this time of year, and can incapacitate even the strongest swimmer. It is not advisable for anyone to enter the water to retrieve a ball, especially at night.” ‌﻿​﻿‌﻿‌﻿‌﻿​﻿‌﻿‌﻿‍﻿‌﻿​﻿‌﻿‌﻿‌﻿​﻿‌﻿​﻿‍﻿‌﻿​﻿‌﻿‌﻿‌﻿​﻿‌﻿​

“Investigations by the local coastguard teams found the man had been found by police officers, and had been taken to hospital, so the units were stood down, the crew finishing at about half past midnight.” The RNLI spokesperson said. ‌﻿​﻿‌﻿‌﻿‌﻿​﻿‌﻿‌﻿‍﻿‌﻿​﻿‌﻿‌﻿‌﻿​﻿‌﻿​﻿‍﻿‌﻿​﻿‌﻿‌﻿‌﻿​﻿‌﻿​