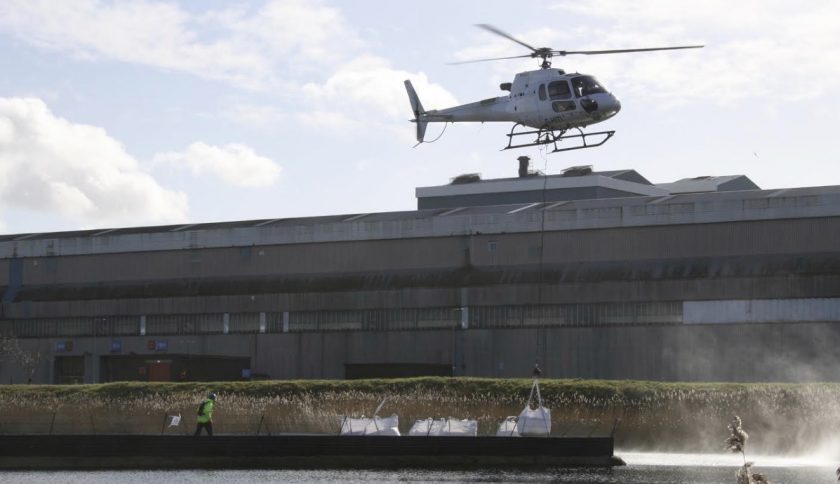 Tonnes of shingle dropped by helicopter, hundreds of hours of volunteer labour and generous donations of material and time have led to the official opening of a refurbished nesting site for one of the UK’s most important visiting sea birds.

The reed bed habitat and summer nesting sites on man-made lagoons are used for circulating clean factory water from the works into the adjacent River Dee and estuary.

They were joined by Peter Coffey, Trustee and Lead Ringer of the Merseyside Ringing Group, and Anthony Randles, Environment Team Leader Wrexham and Flintshire, Natural Resources Wales, for the ribbon-cutting event, which marked the end of the seven-month Welsh Government grant-funded refurbishment project.

Jo was the first person to officially walk across the new connecting bridge, which was not only designed by the Tata Steel technical team, but manufactured from steel produced on site in Shotton.

“The tern islands look amazing,” she said. “The hard work and effort of the project team – as well as the band of apprentices, volunteers and supply partners which have helped throughout this refurbishment project – is visible for all to see.

“I can’t wait to see the birds nesting and enjoying their new environment – the terns are just as much a part of the Shotton site as we are.” 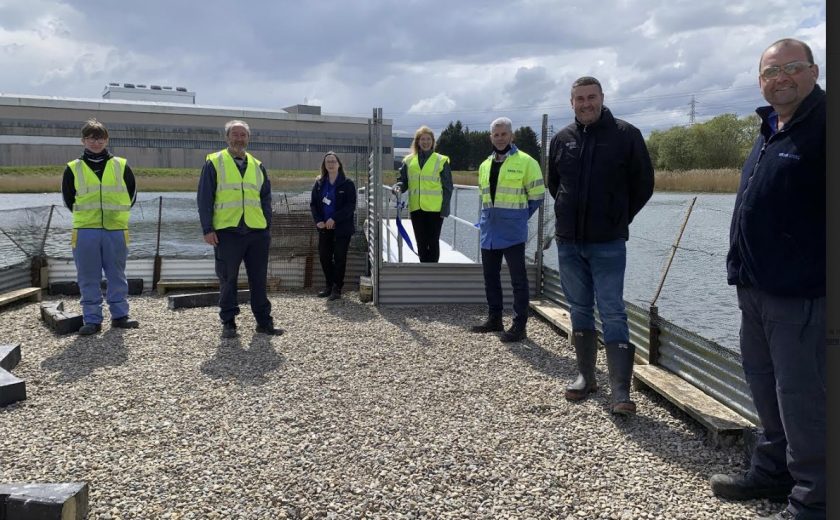 According to Dawn Harris, the Tata Steel Senior Energy and Environment Officer at Shotton who has been managing the project, the team had to deploy some interesting techniques to discourage black headed gulls from the islands and preserve the newly renovated nesting site for the returning terns.

“We used scarecrows and, as safety is our number one priority, they were dressed in Tata Steel high-visibility jackets. More recently, a recording of a gull distress call to deter them, which thankfully doesn’t bother the terns,” said Dawn.

Speaking at the opening event, Bill said: “Dawn, Steve and the team have put a great deal of time, energy and commitment into making sure the islands were ready. We’re already seeing the first terns return from North Africa and there will be plenty more on their way.

“Thank you to our supply partners and the on-site team for not only making sure this Site of Special Scientific Interest (SSSI) is well maintained and supports the tern colony, but also for answering the call for volunteers – it’s been a real site-wide effort.”

This year marks the 125th anniversary of the steelworks in Shotton. Tata Steel is planning several activities and events, in co-operation with the local community, throughout the year to record and celebrate this milestone. These will culminate in an anniversary day in September.