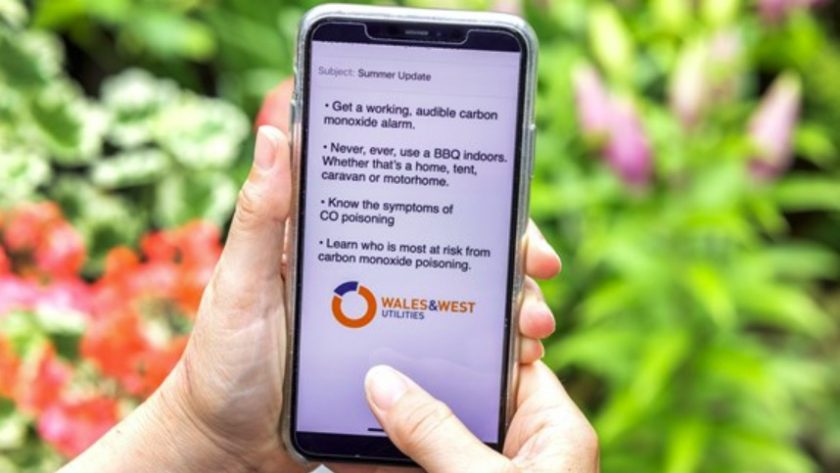 With more people than ever planning staycations in the UK this year, Wales & West Utilities is reminding them how to be #CarbonMonoxideSafe4Summer – at home and on holiday.

Carbon monoxide (CO) is known as the ‘silent killer’ because you can’t see it, smell it or taste it.

It’s released when any fossil fuel doesn’t burn properly – and that includes charcoal from BBQ’s.

Breathing it in can make you very unwell and it can kill. Each year in the UK approximately 40 people die unnecessarily as a result of CO poisoning, with a further 200 people hospitalised and 4,000 more attending Accident & Emergency Departments.

The gas emergency and pipeline service for Wales and south west England is reminding people that gas safety isn’t just important in winter, and, as part of its summer safety campaign, is urging people to take four simple steps to keep themselves and their loved ones safe. These include:

“We know that after a testing year and a half, people are keen to get away and make the most of the summer, but we want to make sure everyone knows how to be #CarbonMonoxideSafe4Summer.

“Whether you’re camping, caravanning, boating, or simply enjoying a BBQ in the garden, these simple steps can help people take care of themselves and their loved ones, and make the most of their summer.

“And remember, if you smell gas or suspect the presence of carbon monoxide, call the Gas Emergency Service on 0800 111 999 at any time of day or night.”