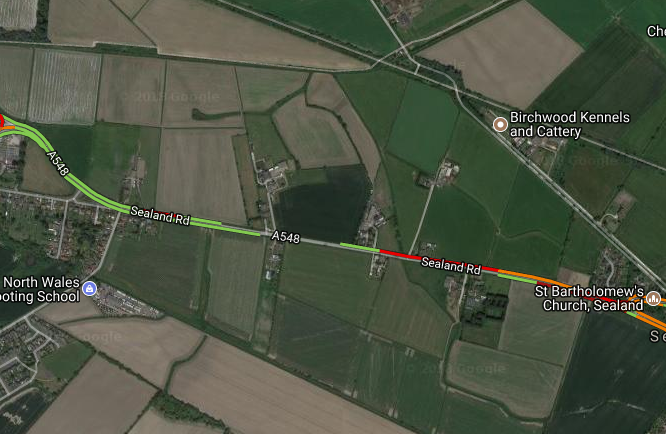 Police are appealing for witnesses following a fatal collision on Sealand Road earlier today.
Emergency services were called to the scene of a two-vehicle collision, involving a Renault Megane and a heavy goods vehicle just before 12pm. ‌﻿​﻿‌﻿‌﻿‌﻿​﻿‌﻿‌﻿‍﻿‌﻿​﻿‌﻿‌﻿‌﻿​﻿‌﻿​﻿‍﻿‌﻿​﻿‌﻿‌﻿‌﻿​﻿‌﻿​