Savings of £45m are being looked at by the health board in North Wales next year. 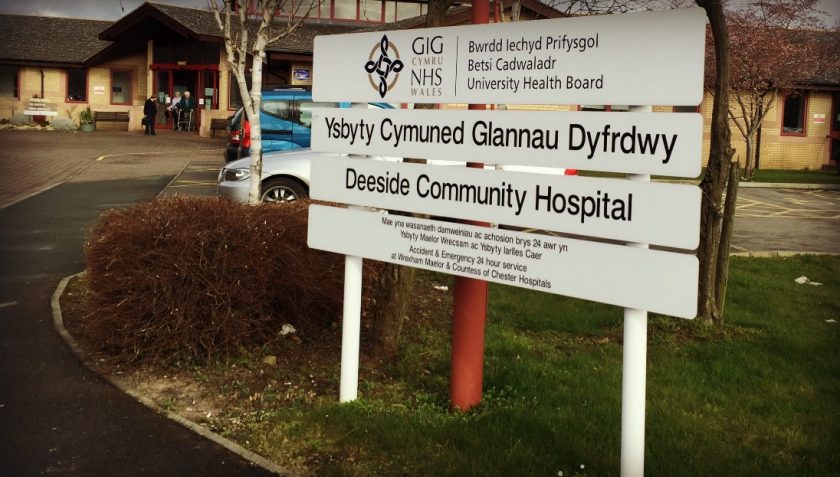 A meeting of Betsi Cadwaladr University Health Board ( BCUHB) today will consider plans to make large savings in the next financial year.

BCUHB also plans to make similar savings each year for the next three years.

The plans could see the board reducing the number of agency and locum staff it uses, which would make a saving of £1m a month.

Recruiting full-time staff to all of the board’s vacant positions has been identified as an important way to save money.

Other changes will include cutting back on the amount of staff travel and better use of technology to save money.

The board is expected to approve the plan to have a £45m savings target at the meeting.

A spokesman for BCUHB said:

“The plan that will be presented to the health board identifies a requirement to deliver £45m of savings for the coming financial year.

If approved by the board, we will then work with colleagues and partners on the details of how these savings will be achieved.

Looking further ahead, we will need to make a similar level of savings over the following three years to bring the Health Board to a ‘break even’ position.

Examples of the measures we are already taking include a reduction in the use of agency and locum staff and the introduction of an intensive recruitment drive.

If we recruited to all of our vacant posts, it would lead to a saving of over £1m per month.

We are also looking at how we can make better use of technology to reduce the amount of staff travel across the health board.

Small changes such as the introduction of text reminders for missed appointments have also enabled us to achieve significant savings in recent years.”

The savings target of £45m would be 4.5% of the health board’s budget.

BCUHB has been in special measures – the strongest level of  Welsh Government supervion – since June 2015, following concerns about how it was run.

North Wales AM Llyr Gruffydd said the Government needed to do more to turn the board around.

“Plaid Cymru has been consistently calling for 1,000 extra doctors and 5,000 extra nurses to be trained and recruited nationally, something that has to be tackled by the Welsh Government,” he said.

Instead, we’ve seen GPs and other health professionals retire or quit in increasing numbers due to the stress of working in an overstretched NHS.

While I’m glad that the health board now recognises the urgent need to train and recruit, I’m not seeing any clear direction from the Government.

We should remember that BCUHB has been in special measures and under the direct control of the health secretary in Cardiff for almost three years now. Where is the progress? Where is the turnaround?

We desperately need a Government that will take action to remedy the situation.

While I welcome any effort to save money, I think we have to recognise that BCUHB has exceptional issues in terms of demand.

It has an ageing population, including some who have fewer support networks in the community, and previous decisions to close community hospitals continue to impact on our A&E services in district general hospitals. Saving lives not saving pounds should remain the priority.”

“Despite the severe impact of eight years of UK Government austerity, we continue to invest record levels in the NHS workforce.

Since 2014, the number of nurse training places commissioned in North Wales has increased by 104%.

We also exceeded our GP training target for this year, due in part to the success of our international recruitment campaign to encourage more medical professionals to choose Wales as a place to train, work and live.”