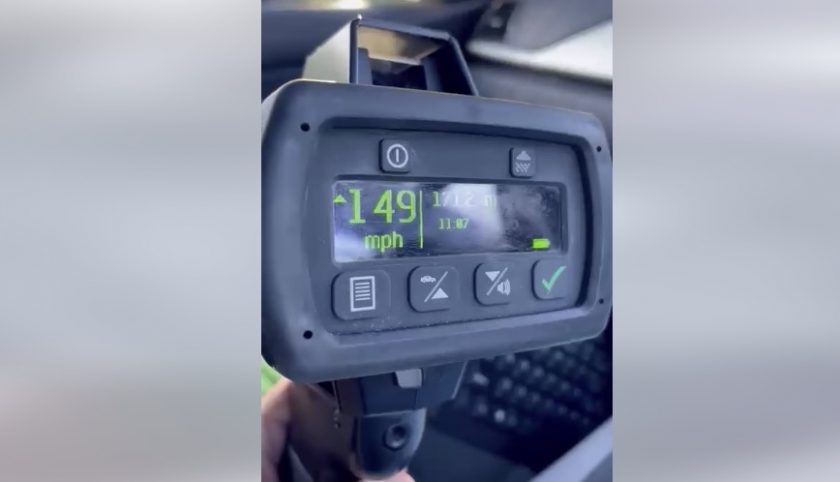 Officers were left speechless when they discovered he had his 14-year-old son in the car with him.

The man was stopped after he was passed a police officer at 149mph.

“Driver passed one of our officers in Broughton earlier…travelling at a whopping 149mph.”

“He’s been reported for the offence so a trip to court is on the cards where he’ll have to explain his foolish actions to a Judge.”

“We literally have no words…”