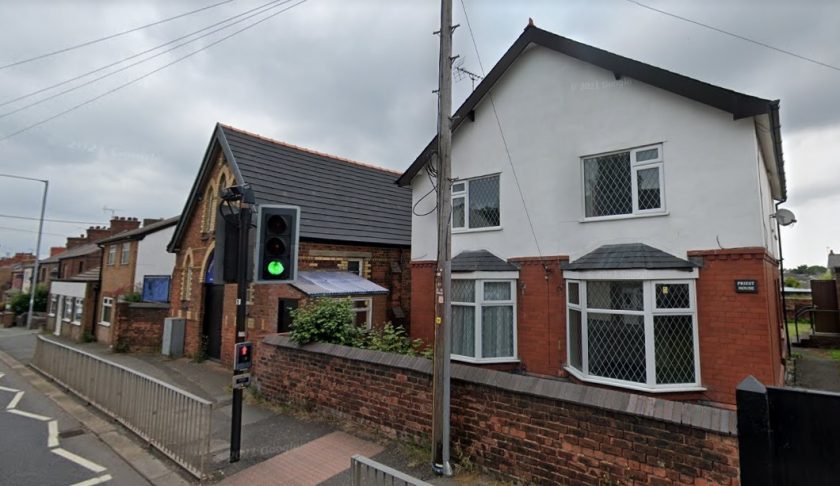 Plans to create a seven-bedroom house in multiple occupation (HMO) next to a former church look set to be approved.

An application was submitted in March to transform an existing house on Brunswick Road in Buckley, known as the “Priest House”.

The building neighbours the Roman Catholic Presbytery which is currently in the process of being converted into two new homes.

Walsh Investment Properties, which is behind the proposals, said the HMO would provide “high quality” accommodation for tenants.

Concerns have been raised by two local councillors that the property could become overcrowded, leading to problems with parking and bin storage.

In a joint letter to Flintshire Council, Cllrs Mike Peers and Dennis Hutchinson expressed fears that as many as 14 residents could be crammed into the house.

However, the scheme has now been recommended to go ahead by a senior local authority official, who has proposed a limit on the number of tenants.

In a report, chief planning officer Andrew Farrow said: “The proposed use is a residential use and is located in a sustainable area that is appropriate for this type of use. There are no policy objections to the proposal.

“I do not consider that the proposal would unacceptably add to any parking need given the numbers catered for by the HMO and the existing local transport options.

“The local members make the point that a seven-bedroom HMO could potentially house 14 adults.

“In order to ensure that the residency is kept at a more appropriate level given the size of the property and proximity to neighbours it is suggested that a single occupancy condition is applied to any permission.

“The proposal is acceptable with regard to the development plan policies and other material considerations and I recommend accordingly.”

The application will be considered at a meeting of the council’s planning committee on Wednesday (July 6, 2022).