Plans for 13 holiday lodges on land at Northop Country Park 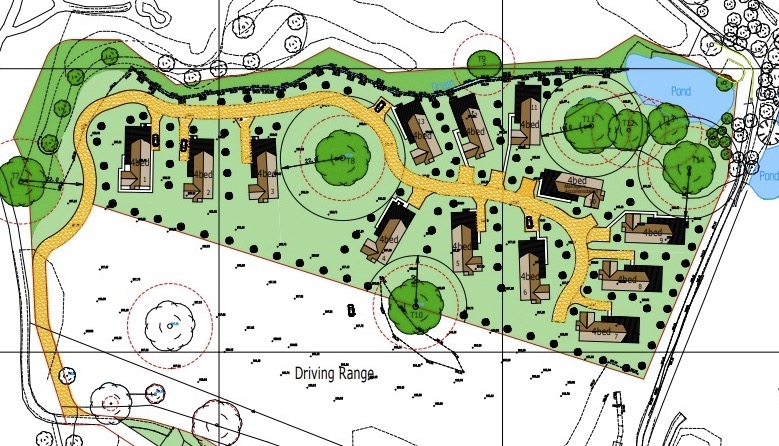 Plans have been entered to build 13 holiday lodges at a country park in Flintshire.

The proposals would see accommodation created on an area of land close to a golf driving range at Northop Country Park.

A reception area and workshop would also be built as part of the scheme, which is on a site classed as being in the open countryside.

Separate plans for 30 chalets in a different part of the country park were refused by councillors in September 2020.

It followed concerns being raised over the appearance of the development and its impact on the surrounding countryside.

Agents acting on behalf of Baling Wire Products Limited, the company behind the latest application, said their proposals would not have a negative impact on the area.

In a planning statement, they said: “The site relates to an open parcel of land which is located to the north of the existing driving range at Northop Country Park.

“It is currently covered by scrub and small groups of mature trees.

“The proposal seeks to introduce 13 holiday lodges to the site within a sensitively landscaped setting which would respond to and enhance the existing mature trees and features of landscape value.’

“The scale of the proposal together with the number, siting and layout of units, circulation roads and service buildings would be appropriate to the characteristics of the site and locality.”

“The landscape visual assessment demonstrates that with the sensitive landscaping scheme proposed, the development would not have a significant adverse impact on features or areas of landscape.”

“In light of the above factors, it is asserted that the proposal fully accords with the development plan policies outlined within this statement and therefore planning permission should be granted.”

Comments are currently being invited on the application via Flintshire Council’s website.

A decision will be made on the proposals by the local authority at a later date.


Tweets by Deesidedotcom
Wednesday May 25th 17:18