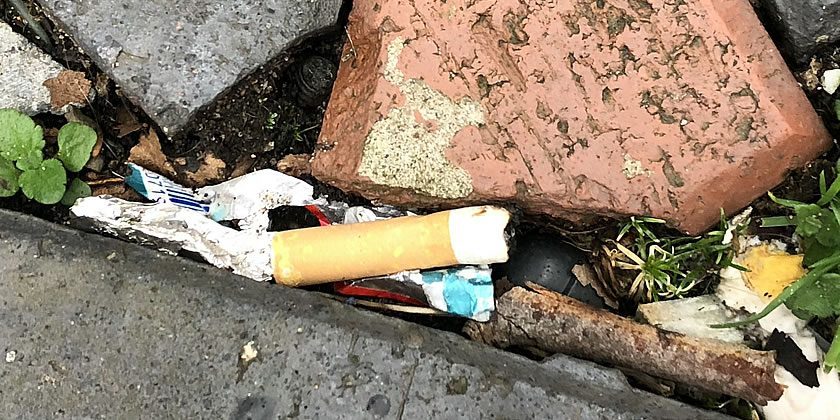 A call is being urged for people to “play their part” in eliminating litter and fly-tipping from Welsh cities and seas.

The Minister for Environment, Energy and Rural Affairs Lesley Griffiths today launched her new plan, ‘A Litter and Fly-tipping Free Wales’, which outlines the Welsh Government’s plans on dealing with the issue and people are invited to submit their own ideas and solutions.

The Minister said: “There are no excuses for littering and fly-tipping. I want to see an end to these antisocial behaviours which are a blight on our streets, beaches and countryside, with the cost of clearing often borne by the public.

“As well as being unsightly and spoiling our enjoyment of our towns and countryside, litter – particularly plastic litter and fly-tipping – impacts our health and wellbeing, and threatens Wales’ wildlife and habitats alike, risking their loss not just for future generations, but for those alive in Wales today.

“The goals set out within the plan are far-sighted ambitions, and enforcement will play a key role – but enforcement alone isn’t enough to tackle these issues, and we will need everyone to play their part at every level of production, use and disposal to not only reduce litter, but to stop items from becoming litter in the first place.

“Since the start of the COVID-19 pandemic, many people have taken the opportunity posed by lockdown to explore their local areas, and green spaces close to their homes – but sadly, we have also seen single-use masks discarded on the ground, and pleas from the National Trust and National Park Authorities for people not to discard their rubbish in beauty spots.

“Such sights are evidence of why new arrangements have to be introduced to help tackle these twin issues, and to encourage people not only to dispose of their rubbish properly, but to consider alternatives to single-use and disposable items.”

A number of strategies are being introduced now in order to move towards using more sustainable waste management produce, including plans to stop single-use plastics.

Lesley Jones, Chief Executive of Keep Wales Tidy, said: “Litter and fly-tipping have significant and far-reaching social, environmental, and economic impacts on communities. We strongly believe that a prevention-based approach is needed if we are to effectively tackle these issues and welcome the launch of this important Welsh Government consultation.

“It is an exciting development that we hope will lead to bold policy decisions and joint working across sectors to reduce, reuse and recycle waste. We will be playing our part with Caru Cymru – an ambitious new partnership project with Local Authorities and Welsh Government, aimed at encouraging communities to take action to eliminate litter from our landscape.”

The consultation runs until 25 March.