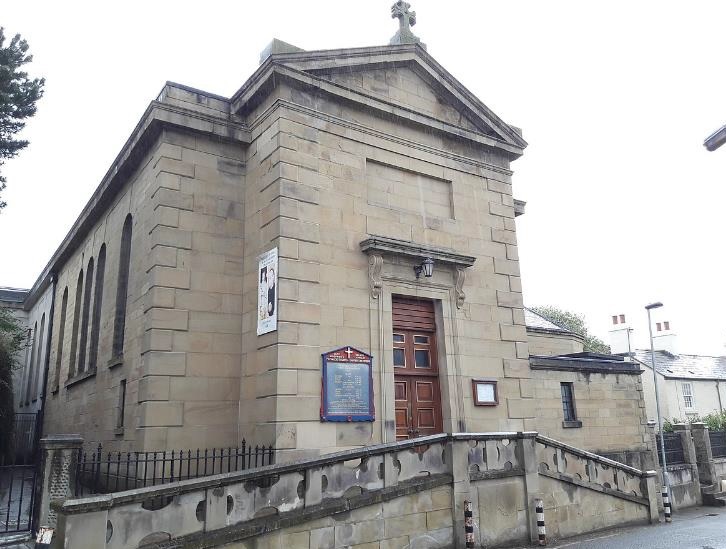 Plans to install an automatic number plate recognition camera in a church car park have been approved in a bid to stop drivers from misusing it.

The 50 parking spaces at St Winefride’s Church in Holywell are only meant to be used by parishioners attending mass and other services.

However, a parish priest previously revealed how unauthorised use had led to damage being caused to the car park on Well Street, as well as rubbish piling up.

In a letter posted on the church’s website, Father Justin Karakadu said it had also caused inconvenience for parishioners at the church, which dates back to 1832.

An application to allow one camera to be put up to monitor vehicles going in and out of the site has now been rubber stamped by Flintshire Council officers.

In his letter, Fr. Karakadu said the system would be operated by management company Parking Eye, who will issue charges to anyone using the car park without permission.

He said: “Clearly something must be done to reduce the problems. This has been discussed extensively.

“We have considered a number of self-managed options, such as closing the gates to the car park or installing controlled barriers, but these can be expensive and difficult to manage in practice.

“We have decided to appoint a professional management company, Parking Eye, to manage the car park for the next three years.

“They use an automated number plate recognition system to identify vehicles registered on their system.”

Parishioners who have registered their vehicle registration number will still be able to use the car park free of charge under the plans, with a limited number of spaces available to non-parishioners on a contract basis.

Anyone who parks there and is not registered could be fined up to £100 by Parking Eye.

The car park is situated close to one of the Seven Wonder of Wales in the form of the shrine and pilgrimage site at St Winefride’s Well.

The proposals were put forward by the Wrexham Diocesan Trustees, who are responsible for both the church and shrine.