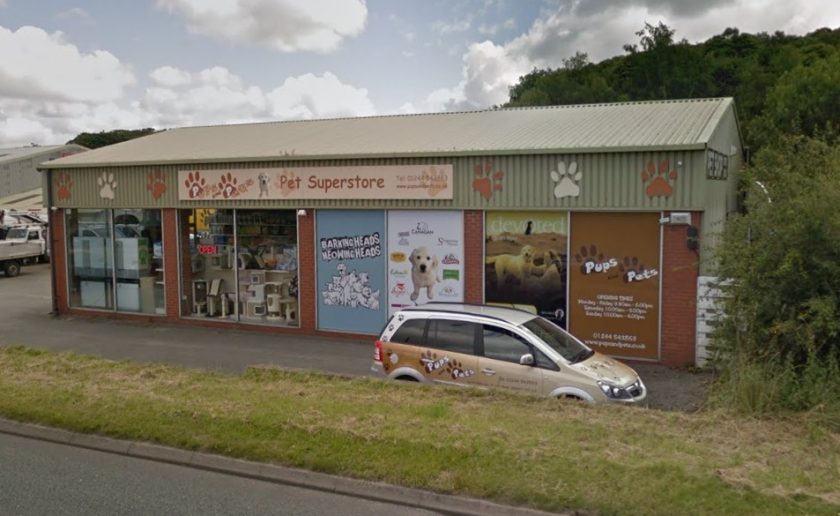 The owner of a Flintshire pet store has revealed its future at its current base is at risk because of plans to create an upgraded petrol station next door.

An application to knock down Dobshill Garage off the A550 in Dobshill was recently submitted with the intention of building a new facility, including a convenience store and drive-thru Costa coffee shop.

Victoria Clay, who runs the neighbouring PupsandPets shop, previously announced her intention to expand her premises and add a dog friendly coffee shop.

However, with the whole site due to be taken over by petrol retailers the Kay Group, she said she would have to to find a new home for her business.

Posting on Facebook, she said: “As some people are aware there is currently a redevelopment proposal at Dobshill garage raising questions about our future.

“Despite all my efforts and agreements with our former landlord to expand the pet store and introduce equestrian and a dog friendly coffee shop, for which my own planning application was granted, the site was sold.

“I confirm that the plans submitted by the new owners do not include PupsandPets and our future here is now at risk.

“I am actively seeking alternative premises but in the meantime continue with business as usual.”

The Kay Group said the new petrol station would deliver a number of economic benefits for the area.

Non-executive chairman Paul Blackmore acknowledged the proposals would result in the pet store needing to relocate and said he hoped new premises could be found.

He said: “The Kay Group has secured an underlease with the plans to comprehensively regenerate the aged road side consented premises, the larger showrooms and various workshops are in a state of disrepair.

“With a modern petrol filling station facility, convenience store and offering the additional coffee drive thru activity will create a substantial increase in employment to the location, all locally recruited along with the retention of the petrol station staff.

“Sadly for PupsandPets, their tenancy has come to an end, it does not form part of our business plans and can only hope they find new premises to transfer their business to.”