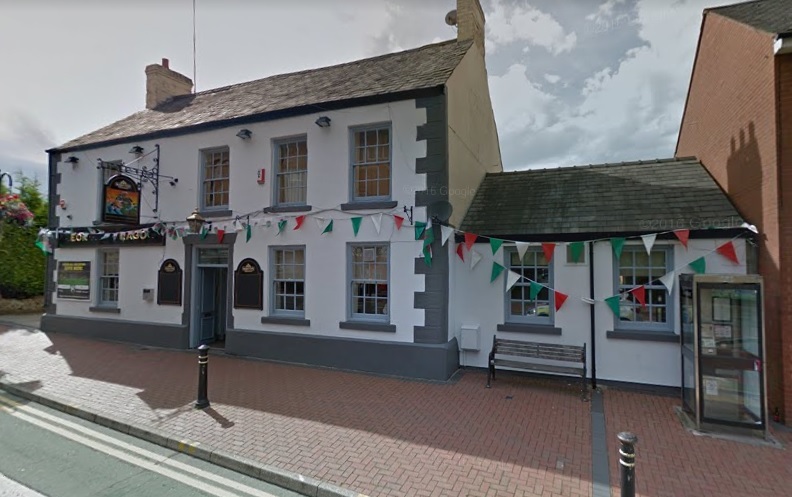 Objections have been raised over a Flintshire pub’s plans to sell drinks outdoors after neighbours raised concerns over “dreadful” noise levels.

Pub chain Marston’s has applied to vary the licence of the George and Dragon in Flint to allow the use of an extended beer garden created during the Covid-19 pandemic to continue.

It would enable alcohol to be sold permanently from an external bar and for music to be played outdoors until 11pm daily.

However, nearby residents said they had already experienced noise issues from the pub’s beer garden, making it difficult for them to sleep or leave their windows open.

Complaints have also been raised over anti-social behaviour problems caused by customers of the pub on Church Street.

In a letter to Flintshire Council, Anne Ellis, whose mum Betty lives in one of the apartments, said: “I have witnessed amplified sound played for prolonged periods and unsocial hours causing a public nuisance.

“This has affected sleep patterns and caused us to close all windows and the patio door onto the balcony.

“I have witnessed fighting and drunken behaviour in the garden area following an outside live band performance.

“I have witnessed members of the public leaving the premises in an intoxicated state in the small hours of the morning, propping each other up.

“Should a variation to the licence be granted, then I cannot imagine what life is going to be like for my mother and other residents at Llys Raddington.”

The local authority’s pollution control officer has objected to the changes after confirming several noise complaints were being investigated relating to the pub’s beer garden.

North Wales Police has not raised any opposition ahead of a meeting to decide on the variation application next week, subject to a condition for noise levels to be monitored.

Tera Buckley, who lives at Llys Raddington, is among the other residents who have written to object to the pub’s proposals.

She said: “The nuisance caused by the music and dreadful noise levels from the beer garden is already a huge problem for the neighbourhood.

“I live overlooking the retail park and can only imagine the mayhem that would occur— more drunken and antisocial groups, loud music that I can hear through my own closed doors and windows.

“I should not have to live in those circumstances.”

Marston’s has suggested a number of measures to help mitigate the problems.

It said the external bar would be manned at all times when in use with licensed activities generally ending by 10pm.

The company said: “The external area has been in operation during the pandemic period and is sought to continue to operate going forward.

“The licensing of the area and provision of an external bar will enhance supervision over the area and materially improve social distancing along with reducing foot traffic thereby supporting the public safety licensing objective.

“It is not anticipated that the licensing of the external area will cause crime and disorder or public nuisance to arise.

“The hours in respect of regulated entertainment for the external area have been limited within the application.”

Members of the council’s licensing sub committee will meet on Tuesday, November 30, to decide on the application.