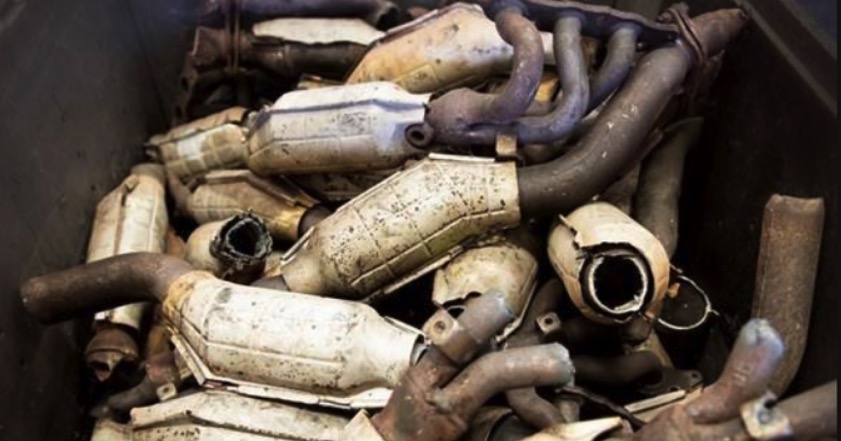 North Wales Police is urging everyone to be vigilant around vehicle security following reports of a number of catalytic converter thefts.

Thefts of catalytic converters in North Wales have risen by more than 400 per cent in a year, according to research.

Data obtained from 25 police forces by Which? shows that, between 2019 and 2020 alone, incidents of theft in England, Northern Ireland and Wales rose 104 per cent on average.

Catalytic converters are devices fitted to vehicle exhausts to reduce the amount of dangerous gases emitted.

They are often targeted by thieves as they contain valuable metals and can be removed in less than a minute.

DCI Alun Oldfield said: “We are currently seeing an increase in the theft of catalytic converters across our force area.

“Precious metals such as rhodium, platinum and palladium are used in catalytic converters.

“The price of these metals has risen sharply in recent years and has led to an increase in the theft of catalytic converters by organised crime networks.

“Two of the most recent reports of this type of theft in our force area involved Mitsubishi Colt vehicles parked close to residential addresses.

“While we would ask drivers of this vehicle model to take extra care, we are warning all vehicle owners to be aware of the threat posed by opportunistic thieves.”

Police have issued these steps that owners can take to protect their vehicles.

To keep your catalytic converter safe, you can ask your car dealer for advice on locks or guards that are approved by the vehicle manufacturer and tested to Sold Secure Gold.

Alternatively, try to make sure your vehicle is parked in a garage overnight, or if you have a commercial vehicle, park it in a secure compound.

If this isn’t possible, park in an area that’s well-lit and overlooked and try to park so that the converter can’t be easily reached by potential thieves. Vehicles that sit high above the road are particularly vulnerable.

You should also register your converter and mark it with a forensic marker, which will make it harder for thieves to dispose of it.

If you have been a victim of this type of theft you can report incidents via our online service: Report | North Wales Police or by calling 101.