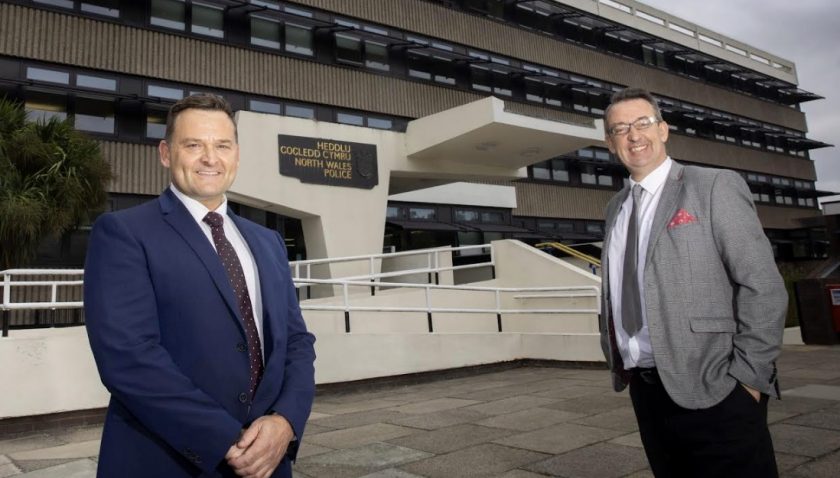 A former senior detective who led an award-winning investigation into child sexual abuse has been chosen as the preferred candidate to become the new deputy police and crime commissioner in North Wales.

The appointment of ex-Detective Chief Superintendent Wayne Jones, who served as Head of Crime Services at North Wales Police, will go before the North Wales Police and Crime Panel for confirmation next Monday (September 20).

A native of Rhyl, he retired from the force in March of this year after a distinguished career spanning 30 years.

If the appointment is approved he has committed to becoming more fluent in Welsh, having already achieved Level 3 which means he is able to converse partly in Welsh.

He was chosen by North Wales Police and Crime Commissioner Andy Dunbobbin who is also learning Welsh and says he is committed to promoting the use of the language, with 75 per cent of his team speaking Welsh fluently.

Mr Dunbobbin said: “Wayne was chosen from high quality field of candidates after an open, rigorous and transparent selection process.

“He was among the most talented and dedicated police officers of his generation whose detective and leadership skills achieved notable successes in catching and prosecuting many dangerous criminals.

“He has been at the forefront of tackling emerging crimes like modern day slavery, online sexual offences involving children and adults, digital fraud and the like, and thankfully North Wales is a much safer place thanks to his efforts.

“Wayne’s professional experience and detailed knowledge of modern-day policing will be of great assistance in helping me to devise the overall strategy for policing North Wales in consultation with the people of North Wales and other key stakeholders.

“As I clearly stated during the election campaign period, I want to ensure all victims get the support they need to recover from their experience. I want to give victims and our communities their voice so that they are heard.

“During the selection process, Wayne outlined his victim-focused vision. This aligns perfectly with my own priorities and together I am confident we can make a very real difference in making North Wales an even safer place to live and work.

Wayne Jones’s police career when he signed up with the Lancashire force at the age of 20, at a time when you had to be at least 21 to become a police officer in North Wales.

After three years in in Lancashire, he returned home to join North Wales Police in 1994, initially serving in Wrexham and progressing swiftly up the ranks. During his career he also served in Holyhead, Rhyl, Llandudno, the divisional headquarters in St Asaph and the force headquarters in Colwyn Bay.

As well as leading the fight against County Lines gangs, he was instrumental in establishing a number of ground breaking initiatives including the Police Online Investigation Team (POLIT), the Onyx team for Child Sexual Exploitation (CSE) and the force’s Economic Crime Unit.

He was also the Gold Commander for the Operation Lenten investigation into child sexual exploitation which received a special award for its work.

It was a joint operation with Flintshire Social Services, working with victims of child sexual abuse and exploitation, supporting victims, while securing evidence against members of a nationally based Organised Crime Group.

Over five years more than 200 children were contacted and 50 suspects from all part of the country were arrested and charges brought against numerous individuals for offences including trafficking and serious sexual offences.

In December 2018 following a five week Crown Court trial attracting national interest two men were sentenced to more than 14 years each in prison.

The professionalism, empathy and diligence shown by the investigation team was recognised by the trial judge, the victims and by the National Crime Agency as a gold standard investigation.

Another high profile investigation he led was into the murder of Ermatati Rodgers, 41, in Wrexham.

She was strangled by dairy worker Lukasz Reszpondek, in 2008 who then buried her body in a shallow grave in the Erddig area on the outskirts of the town.

Father-of-two Reszpondek, who was subsequently jailed for life, was caught after being duped by the team led by Wayne Jones, then a Detective Chief Inspector.

While under surveillance, he returned to the site 13 times, dressed in camouflage clothing, to check on police progress and eventually tried to move her body.

He recalled: “We employed a lot of covert tactics where we followed him, and we provoked him into a situation where he thought we were digging up the fields and he ended up leading us to the body.”

Subsequently, he played a coordinating role supporting Operation Pallial – the independent National Crime Agency investigation into allegations of past abuse in the care system in North Wales – which began in November 2012.

According to Wayne Jones, protecting vulnerable people has always been at the centre of his approach to policing.

He said: “Victims want to be heard, want to be listened to and sign-posted to support services so they can get all the help they need to aide their recovery.

“I think the best thing that’s happened over the past few years is that sort of refocusing towards putting the victim at the heart of everything which very much chimes with the Commissioner’s priorities.

“I have dedicated a large part of my career to tackling vulnerability and passionately believe in making a genuine difference to vulnerable people, particularly child victims.

“If my appointment is confirmed, I would very much like to continue this mission as the new Deputy Police and Crime Commissioner for North Wales, working alongside Andy.”