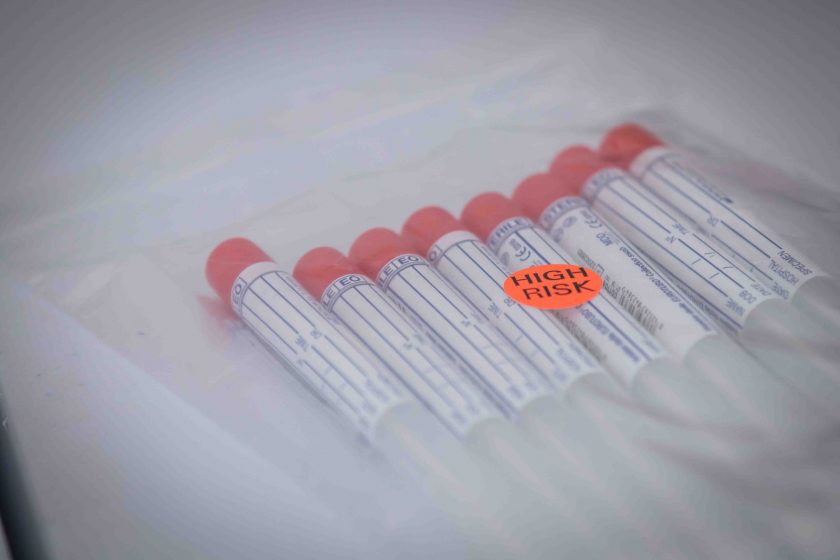 NHS officials asked counterparts in Ireland to test Covid samples in Irish laboratories this week, as England and Wales struggle to meet demand.

The revelation came during Ireland’s coronavirus briefing on Thursday when the country’s Health Service Executive (HSE) CEO Paul Reid said he’d been contacted by NHS bosses to ask if they had any spare capacity in the Republic of Ireland.

He said the Irish were not in a position to carry out testing for the UK at the moment.

A Department of Health and Social Care (DHSC) spokesman confirmed it had been seeking extra lab capacity for testing “including laboratories at home or abroad”.

The news comes after Dido Harding, head of the NHS Test and Trace programme and acting chairman of the National Institute for Health Protection, admitted she hadn’t anticipated such demand.

That was despite the UK Government telling pupils to go back to school, ushering employees to their workplaces and allowing pubs to reopen.

The move affects Wales as it is relying on the UK Government’s Lighthouse laboratories for much of the assessment of Covid test samples – specifically drive-in tests.

Now working in Ireland, Dr Eammon Jessop, formerly a Prestatyn practice holder and chair of the North Wales Local Medical Committee which represents the region’s GPs, said: “The English NHS asked if Ireland could do some Covid testing for them last week.

“It feels like the lull between the waves of infection (in the UK) has been squandered.

“Ireland has built up enough testing for the island, there is no significant back log and turn around is 24-48 hours maximum – but there is no spare capacity, so couldn’t help (the UK) out.”

Many people have complained about the lack of availability of drive-in tests, which has brought on by a shortage of testing capacity in labs.

Some people with suspected Covid-19 have been told to travel as far as 300 miles to a drive-in test station and test results have taken up to a week to be returned in some cases.

In Wales health minister Vaughan Gething said the capacity issues could go on “for weeks” and the country would not rely on the Lighthouse labs programme.

A spokesman for the DHSC said: “There has been a spike in demand in recent weeks and we are doing everything possible to overcome this challenge.

“This includes using additional lab capacity ahead of new lighthouse laboratories coming online, including laboratories at home or abroad.”

The UK Government claims it is processing “more than a million tests a week” from the four home nations and is driving towards half-a-million tests a day by the end of October.

In addition to new lighthouse labs in Newport, south Wales, and Charnwood, Leicestershire, it announced on Friday it two new testing facilities at Newcastle on Tyneside and Bracknell, Berkshire.