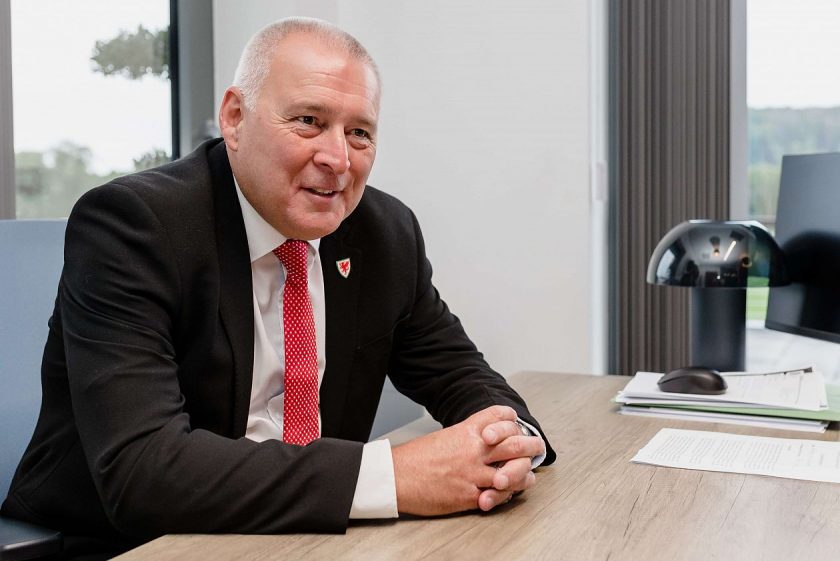 A former Airbus Broughton production manager has taken the reins of the Football Association of Wales.

Steve Williams was formally voted in as the new president of the FAW last month and has now given some insight to his approach to the job as his four year term started yesterday.

His early introduction into Welsh football politics and administration served him well, and his talent was identified early on by former FAW Councillor Jack Evans who helped him develop his own pathway that would see him elected onto the FAW Council in 1997 at the age of just 33.

His subsequent work as secretary of the Cymru Alliance ensured that clubs in the area successfully achieved targeted projects, with his dedication to the domestic game earning him well-deserved respect across Wales.

“I don’t want to be a President who is just sat here waiting for the phone to ring,” Williams told the FAW website, “I want to be involved and engaged in it. I think it’s imperative that myself and Noel (new CEO, Noel Mooney) work with each other and sing off the same hymn sheet, and I can be eyes and ears in the north.

“I know I’m going to be different than previous Presidents and I will be very hands on and open with our senior members of staff. I think that’s a key thing in a working relationship, and we must develop an openness within the association.”

“We want to keep on pushing the U17 and U19’s, both male and female, and on top of that our own domestic game. I want to see the JD Cymru Premier move forward and I want to see the teams get stronger and make progress in Europe.”

“For me, it’s about being engaged and supportive, and trying to keep everyone on their toes to take us to the next level in everything that we’re doing.”

Williams worked closely with the late Gary Speed during his time as chair of the international committee, and was instrumental in the development and construction of Colliers Park in Wrexham.

However, the future is very much the focus for Williams now as he begins his new role, with the return to competitive action for the men’s and women’s teams in September the immediate challenge.

“We all want to get there as I want to see us qualifying regularly for major tournaments. We need to make sure now that we’re involved in these finals, because that will keep increasing our profile and our bank-balance for us to reinvest in our infrastructure.”