‘A55 Eastbound closed, stationary traffic due to multi-vehicle accident between J38 A483 Wrexham Road (Posthouse roundabout) and J39 A41 (Sainsbury’s / Boughton Heath Roundabout). Accident is believed to have eight vehicles involved and was not helped by ice on the road. Emergency services are at scene dealing, awaiting recovery for four of the vehicles. Affecting traffic travelling into Chester from North Wales..’ ‌﻿​﻿‌﻿‌﻿‌﻿​﻿‌﻿‌﻿‍﻿‌﻿​﻿‌﻿‌﻿‌﻿​﻿‌﻿​﻿‍﻿‌﻿​﻿‌﻿‌﻿‌﻿​﻿‌﻿​ 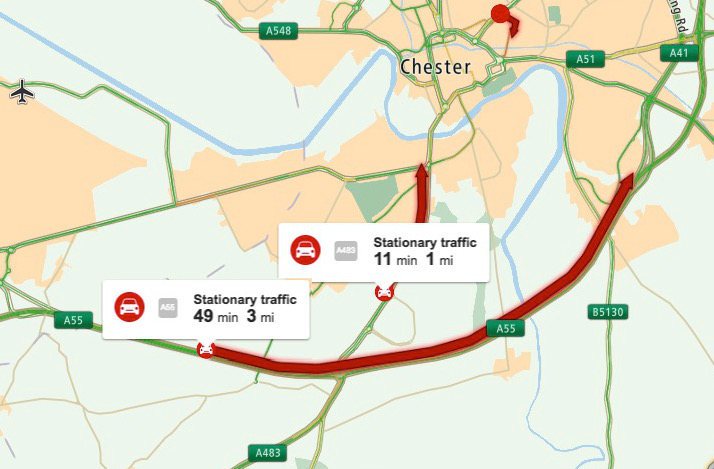