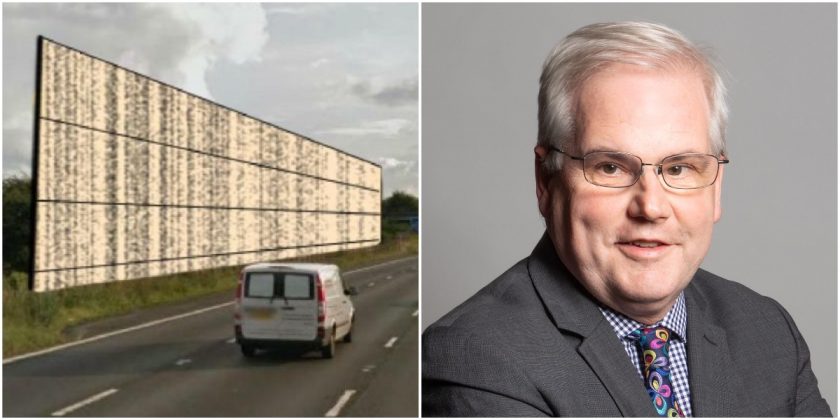 A Deeside MP has slammed Welsh Government proposals to erect 30ft high environmental barriers at the side of the A494 and said they are “not the answer” to reducing high pollution levels along the Aston Hill section.

The Welsh Government has said that environmental barriers – which have been likened to the Berlin Wall – have the “potential to deliver reductions in roadside concentrations of nitrogen dioxide (NO2).”

The section of road where the barriers are proposed has already been reduced to 50mph due to levels of NO2 being above the legal limits.

Alyn and Deeside MP Mark Tami has now raised his own and constituents’ concerns regarding proposals with the Welsh Government.

The MP has also reiterated a call for the so-called ‘Red Route’ to be built which would divert traffic away from Aston Hill via a new 13km two-lane dual carriageway.

The new road would link the A55 at Northop to the A548 and across Flintshire Bridge to the A494 at Sealand.

A commission was set up by the Welsh government after it halted all new road-building projects in Wales whilst a review is carried out.

The Deputy Minister for Climate Change, Lee Waters said at the time: “We need a shift away from spending money on projects that encourage more people to drive and spend more money on maintaining our roads and investing in real alternatives that give people a meaningful choice.” 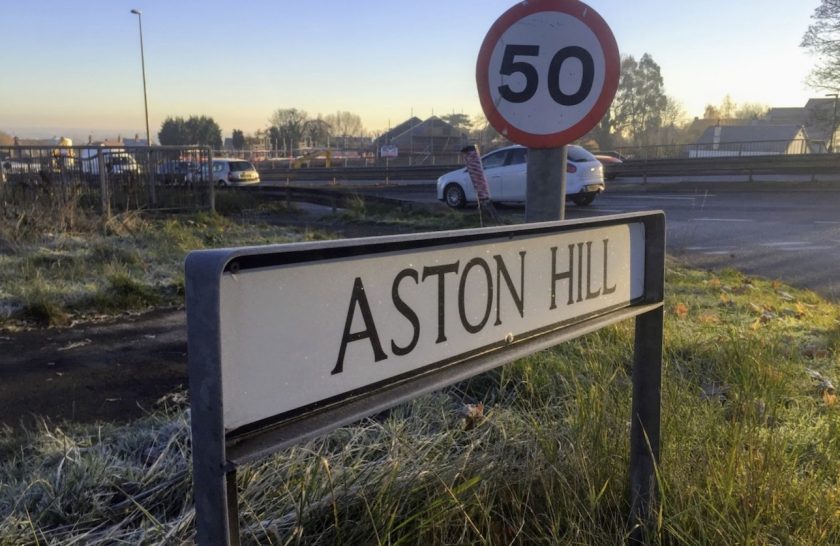 The commission’s year-long review will further delay any progress of the Red Route scheme which could ultimately be scrapped altogether.

Are barriers the answer?

In March, Deeside.com revealed a request had been submitted to Flintshire Council planners for their views on whether the installation of timber barriers would need an Environmental Impact Assessment.

The proposal would see the huge barriers installed at three separate sites along the A494, each comprising solid fencing 9m in height across the entire length and “linked to the height of the nearest residential properties.”

Mark Tami said: “I’ve long campaigned for the Red Route which is the only long-term solution to the environmental problems on this road.”

“A barrier is not the answer and is an unacceptable imposition on the community.”

“We need the red route and we need it now.”

The MP for Alyn and Deeside has previously said: “The red route is clearly the only option which is going to reduce air pollution in Aston, Higher Shotton, Queensferry and Sealand.”

“This has to be the Welsh Government’s number one priority here.”

“The impact of these fumes being spewed out next to homes, shops and schools is awful. Children’s health must come first.”

The proposed barriers would see a 430m long section erected from the exit of Old Aston Hill, adjacent to residential properties on Alder Avenue, down the hill ending at the Lower Aston Hall fly over.

WSP also said that “air quality barriers have been tested in both the UK and Europe confirming the associated improvements, albeit no similar structures are currently in place.”

Alyn and Deeside MS Jack Sargeant has also raised concerns with the Welsh Government and has called for evidence on the impact of the barriers.

He said: “I take reducing air pollution very seriously but do share residents’ concerns about the impact of barriers on communities.

“I have raised those concerns with Welsh Government and have asked to see evidence on the impact of barriers.”

“As always, I am grateful to residents for raising these issues.”

Flintshire County Councillor Helen Brown has set up the campaign group on Facebook in a bid to fight the proposals.

“What I can assure everyone of, we will campaign and campaign hard against this, we have a proven track record in our community and people power will be seen once again in relation to the A494.”

A Welsh Government spokesperson said: “The environmental barriers are one of the precautionary measures identified in the Weltag studies which led to the development of the Welsh Government supplemental plan to the UK plan for tackling roadside nitrogen dioxide in November 2018.”