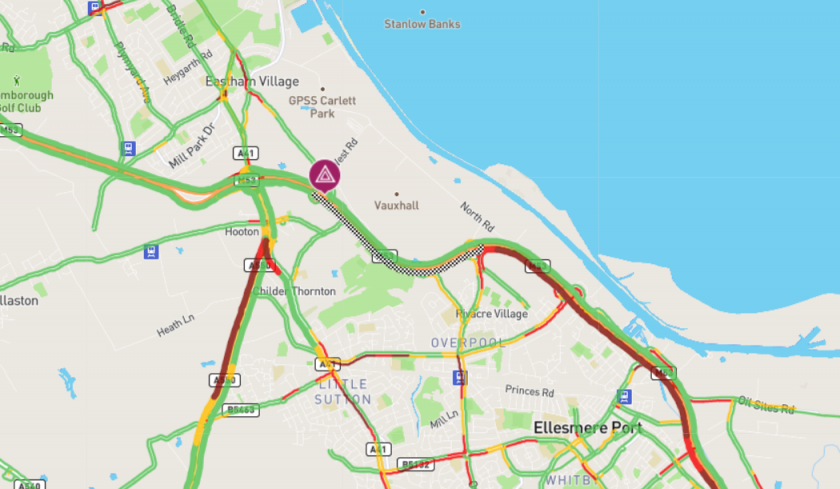 The #M53 remains CLOSED northbound from J7 to J6 #EllesmerePort due to a diesel spill which caused significant damage to the carriageway. Resurfacing crews are on scene, the road is expected to remain closed until 6am.
More info/diversions available here- https://t.co/oszhkj4m66 pic.twitter.com/OyiiI3tDew ‌﻿​﻿‌﻿‌﻿‌﻿​﻿‌﻿‌﻿‍﻿‌﻿​﻿‌﻿‌﻿‌﻿​﻿‌﻿​﻿‍﻿‌﻿​﻿‌﻿‌﻿‌﻿​﻿‌﻿​