Lack of public toilets in Mold is sending elderly shoppers away, says councillor 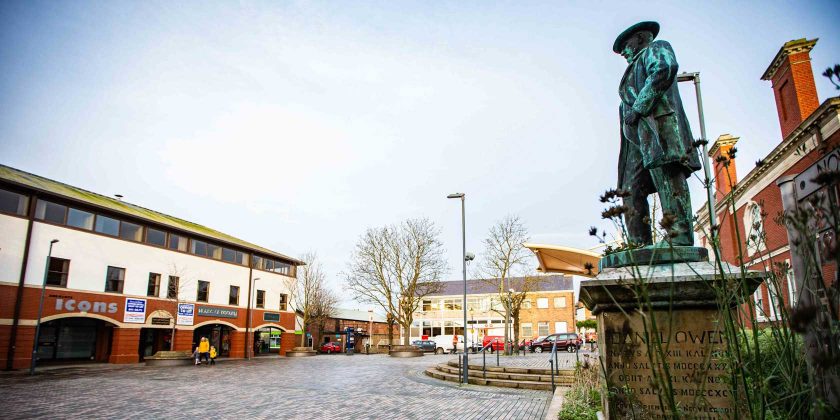 A lack of public toilets in Mold is causing elderly shoppers to go elsewhere, a community leader has said.

It follows a recent backlash over the demolition of a toilet block at the New Street car park in the town.

Flintshire Council previously decided to knock down the facilities to create extra parking spaces after officials said they had become a hotspot for anti-social behaviour.

However, while improvements have been carried out to the toilets at Mold Bus Station, councillors said they were too far away for elderly people to walk to.

Mold South councillor Geoff Collett said it had led some residents to avoid shopping in the town.

Speaking at a meeting held today (Tuesday, 12 October) to discuss the local authority’s public convenience strategy, he said: “We now only have one toilet in Mold which is at the bus station and is not the most popular and used facility.

“Residents have told me they can no longer go shopping in Mold because walking from where they park their cars to the present public convenience is just too much for them, especially if they have problems such as arthritis.

“We’re really not helping, and it does say that you will look to use public buildings with better facilities in them.

“Well, I’ve looked in the library and there are toilets there, but I’ve not seen any improvement to them.

“Surely we should have improved the toilet facilities in places like the library, and in the town centre itself before we started demolishing the much-used, and much-needed public conveniences.”

The county council had offered Mold Town Council the opportunity to take on the running of the New Street toilets.

They were demolished after town councillors chose not to take up the offer.

A report to Flintshire Council’s environment and economy scrutiny committee shows it wants to encourage people to use toilets in public buildings, rather than maintaining standalone facilities.

However, Cllr Chris Bithell, the authority’s cabinet member for planning and public protection, said the changes in Mold had caused an angry reaction.

He said: “There’s been a huge backlash in Mold into what’s happened with the closure of the public conveniences in New Street and its demolition.

“We did a survey on this some years ago and something like 50-60,000 people look to Mold for services or for shopping.

“There’s a huge demand for this because as soon as people arrive in the town, particularly elderly people and people with children, the first thing they need to do is to visit the toilet.

“We’ve now got people visiting the town and they don’t know where to go to for the toilet.”

Cllr Bithell called for signs to be installed to direct people to toilets in public buildings in the town, including those in Mold Library and the Daniel Owen Centre.

Responding to the concerns, Katie Wilby, the authority’s chief officer for streetscene and transportation, said there was a lack of funding available to maintain public toilets.

She said: “We did seek to look at alternative uses or transfer of the New Street car park toilets.

“We did also look into what we could do in terms of redeveloping them but unfortunately the costs for doing that were prohibitive.

“We then took the very difficult decision to demolish those toilets, because they were constantly attracting anti-social behaviour.

“We have developed the Mold Bus Station toilets as part of our integrated transport strategy.

“We’re happy to work with alternative providers and we’re happy to provide support, but without funding to develop those facilities, it’s very difficult for us to do that.”

Despite the concerns, committee members agreed to support the latest review of the local toilets strategy by a majority vote.