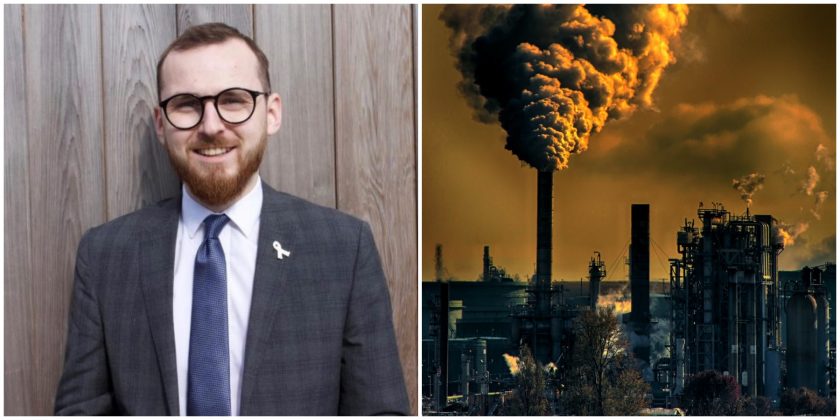 The Welsh Government is being called on to encourage public sector pension funds to divest from fossil fuels.

Over half a billion pounds was being invested in fossil fuels by Wales’ local authority pension funds at the end of 2019-20, research shows.

The motion submitted by Jack calls on the Welsh Government to work with the public sector to agree a strategy to decarbonise pensions by 2030.

The move would bring pensions in line with current Welsh Government targets for the public sector to be carbon neutral by the end of this decade.

According to data from Friends of the Earth and Platform the fund has £77 million invested in fossil fuel companies, the largest investment is in BP at over £20 million.

Clwyd Pension Fund is the steward of around £2 billion of pension fund assets, the fund says it “seeks to place sustainability at the heart of how it invests.”

And says it is “working to transition more of our investments into companies that are committed to helping reduce global carbon emissions.”

The fund has committed to an overall target of “net zero absolute carbon emissions within our investment portfolio by 2050.”

Clwyd Pension Fund says it is setting achievable “whilst ambitious” interim targets for reductions in net carbon emissions for 2025 and 2030.

The fund is also exposed to Russian oil investments following Vladimir Putin’s attack on Ukraine fund managers have begun the process of divesting a £1.9m stake in Lukoil, the second-largest oil company in Russia after Gazprom.

Friends of the Earth Cymru

Jack Sargeant has been working with Friends of the Earth Cymru on a campaign calling for pension funds to move towards sustainable investments here in Wales, putting money into community infrastructure projects such as social housing and public transport instead.

The Welsh Government was the first in the world to declare a climate emergency. Now Jack Sargeant MS wants them to take the next step, and work with the public sector to pull pension investments out of fossil fuels.

Speaking ahead of the debate, Jack said: “This is a real opportunity for the Welsh Labour Government to continue to show bold leadership and to take centre stage by leading the world on ending public sector pension fund investment in fossil fuels.

“In doing so it could ignite a new era of investment in sustainable projects here in Wales, delivering high quality jobs and infrastructure for our local communities. I look forward to leading the divestment debate this week, which I know has already received cross-party support.”

Bleddyn Lake, spokesperson for Friends of the Earth Cymru said:

“Science tells us that we only have a few years left in which to take decisive action if we are to avert the worst effects of climate change. It is absolutely vital therefore that we stop investing in fossil fuel companies.

“The public sector in Wales already have strategies in place to decarbonise and reach ‘net-zero climate emissions’ by 2030. Unfortunately, pensions aren’t included in those targets.

“There is a win-win situation just waiting to be grabbed here if the Welsh Government worked with the public sector to come up with a strategy to ditch the fossil fuels, decarbonise Welsh pension funds by 2030 and then work with the pension funds to invest in infrastructure projects in Wales.

“If we don’t act on climate change now, none of us will have a future worth retiring into.”