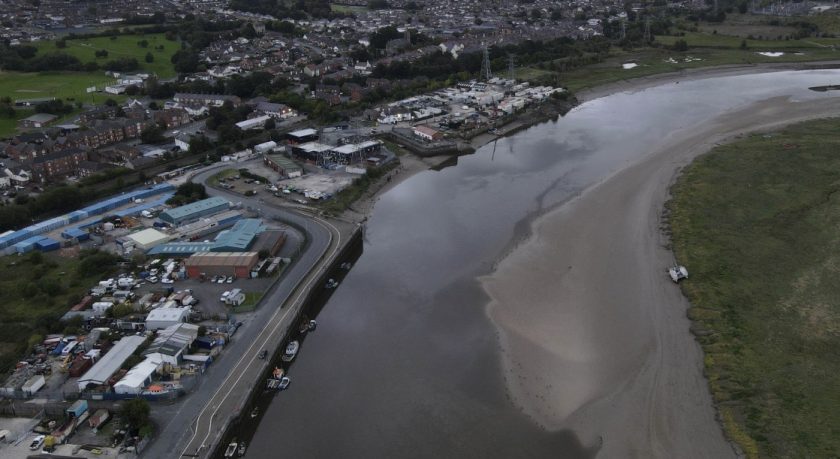 Hope has been raised that two multi-million-pound bids could help to unlock the visitor potential of coastal communities in Flintshire.

Last week, Flintshire Council revealed its intention to apply for money from the UK Government’s Levelling Up Fund for both the Delyn and Alyn and Deeside parliamentary constituencies.

Officials said the aim of the applications was to improve business conditions and reduce crime and anti-social behaviour in deprived areas along the coast.

Community leaders today (Tuesday, 11 January) gave their backing to a series of draft proposals, which include the regeneration of units on the Flint Castle and Greenfield business parks.

It could also result in Connah’s Quay Dock being transformed to attract tourists and money being spent to restore the John Summers clocktower building in Deeside.

Shotton west councillor Sean Bibby said he believed the plans could draw visitors in their droves.

Speaking at meeting of the local authority’s environment and economy scrutiny committee, he said: “There’s many very positive projects involved in both bids and the coastal area of Flintshire is one with fantastic potential for visitors.

“I think we could echo what has happened over the border in Burton and Neston with the work that’s gone on there and the great popularity that has with cyclists and walkers.

“Unfortunately, we have had some issues with anti-social behaviour and drug dealing, but I’d like to pay tribute to the work of the agencies and police that have been working very hard to address those issues and to mitigate them.

“For the community of Deeside, the John Summers general office holds a great deal of pride and affection for us, especially for those of us who have strong connections in the steel industry.”

He added: “I’m sure for many of us that if our relatives and ancestors weren’t working in Shotton Steelworks, they were working in Courtaulds and some of the sites here are of the former mills of the Courtaulds works.

“We hope that these can be successful in regenerating communities along the coast, many of whom have faced a great deal of challenges in the transition from heavy industry.”

The bids could also see investment in a museum based at Greenfield Valley Heritage Park near Holywell.

A previous request was made for cash from the same fund to improve rail links from Wrexham and Flintshire into Liverpool but was rejected by the government.

However, officials are hopeful the latest applications will be approved to boost the area’s economy.

Niall Waller, the council’s enterprise and regeneration manager, said: “We have a range of employment sites along that coast that are in some cases in very poor condition with the risk of the current occupants leaving over time.

“There’s no silver bullet and this won’t solve all the issues, but it will make a substantial contribution towards the priorities of retaining employers and jobs within those areas.

“Deprived communities can ill afford to lose employment and we need to try and retain those employers.

“We want the coast to be a place that’s safe and attractive to visit for local people and for people more widely.”

Councillors gave their unanimous backing for the bids with work already taking place to develop them.

The exact time-scale for the submission of applications is unclear, although it’s understood the process will take place during the spring.