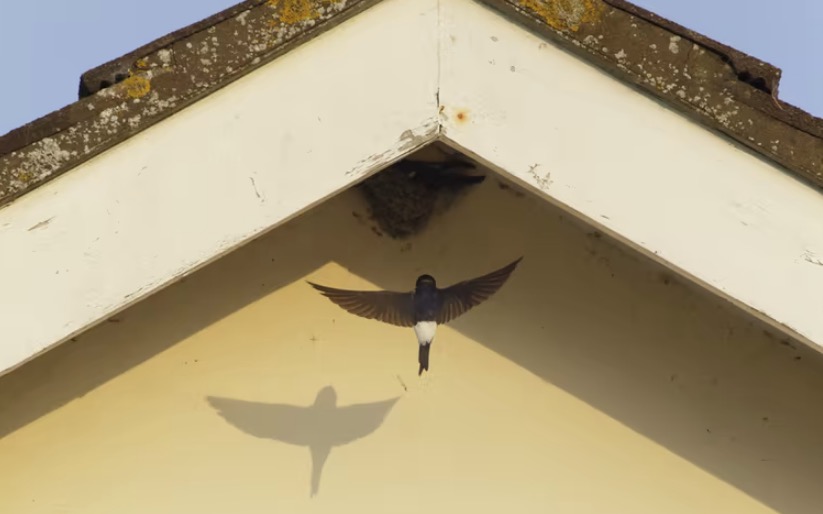 More than a quarter of Britain’s birds are now on the RSPB’s red list, meaning that their numbers are in severe decline.

Some of the recent additions to the red list are thought of as common garden birds, such as the greenfinch.

Others, such as the swift and house martin, only spend spring and summer visiting the UK before migrating to warmer climes.

But the environment they encounter in the UK, as well as along their migration routes, affects their survival significantly.

Many of the species that we feed in our gardens and on balconies are under threat. Here are four ways to help them.

In the wild, with a few exceptions such as starlings, birds don’t come into close contact with each other much. This lack of contact makes it harder for diseases to spread.

Bird feeders change this dynamic. The presence of a bird feeder means that many individual birds from many different species feed in the same area. This leads to the spread of disease, because birds often poo where they eat, leaving pathogens to infect the next visitor.

The greenfinch, a once common garden bird now added to the red list, has suffered because of this. The disease trichomonosis, which used to just infect pigeons and doves, has spread to greenfinches with deadly consequences. Regular cleaning of your garden bird feeders and bird baths can reduce this risk.

Many people help birds by putting up nest boxes in their gardens. But these boxes are mostly made for robins and tits who nest in open boxes, or ones with small holes. These nest boxes mimic the crevices and holes that would be available in mature trees.

Swifts and house martins are new entrants to the red list, and both of these will readily use man-made nesting places if we provide them – with a few modifications for their needs.

House martins will nest in a pre-made or home-made nest cup which mimics the mud nests house martins make for themselves.

Swifts will nest in boxes, but they take a bit more work to attract. The best way to do this is to play their screeching call from a speaker placed close to the nest box, to get them to investigate and hopefully nest.

You can make nest boxes attractive to these species by installing them in the eaves of your home, as they need them to be up high so they can take flight from them easily.

Many of the species entering the red list, such as the house martin and house sparrow, feed on insects. Insects numbers have declined rapidly, so it is no surprise that these avian predators are finding it hard to feed themselves and their chicks.

You may love a neat and tidy garden or balcony, but set aside an area to be a bit messier and weedier to attract insects. Adding pollinator-friendly plants, such as lavender, foxglove and sedum, could really boost insect numbers – natural bird food – in your garden.

Pet cats are predators and can target species like house sparrows, which remain on the red list. Even the presence of cats could be enough to scare birds, reducing the number of young they may be able to have. This may have a more damaging impact on bird populations than the number of birds killed by cats.

If you own a cat, there are ways for you to reduce its effect on bird numbers. A collar with a bell is an effective way to warn birds and other animals about a cat’s presence.

In addition, you could consider restricting when cats are allowed outside to just the daytime, as birds can be more vulnerable in the very early morning when they wake and start to look for food. Alternatively, you could keep cats inside entirely. It is very common in Australia and the US for cats to remain indoors.

These changes may seem small and your garden or outdoor space may not be big, but gardens in the UK cover more area that all of our nature reserves put together. Encouraging wildlife in these garden habitats can make a big difference.

This article is republished from The Conversation