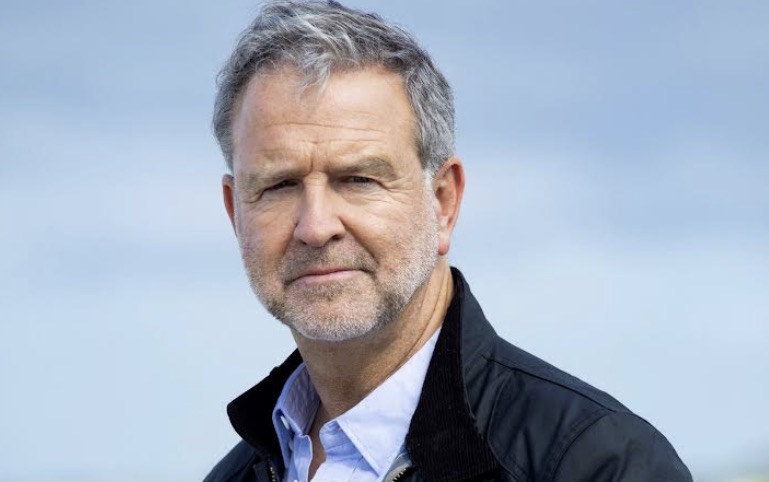 In a major coup for the university Dylan Rhys Jones joins Glyndwr as the new senior Law lecturer and is looking forward to passing on his knowledge and sharing his experiences with students.

In the mid-1990s’ Dylan gained a high profile as the defence solicitor of Peter Moore, the manager of a cinema in Bagillt, Flintshire, convicted of murdering four men within as many months in a killing spree in which he mutilated his victims.

The crimes shocked North Wales and the nation as a whole, with Moore found guilty and sentenced to life imprisonment in November 1996, almost a year after Dylan was first received the call to represent him in December 1995.

Since then, Dylan took on more high profile cases before leaving the profession, branching out into teaching and media work before taking up this role at Wrexham Glyndwr, and is relishing the new challenge.

He said: “I was a criminal lawyer for over 20 years, then worked at a college teaching law and politics.

“In 2019 I wrote a book telling the story of when I was working as a criminal lawyer for serial killer Peter Moore, which has since been published. I’ve done a lot of radio and media work, filmed some documentaries and am looking forward to a new challenge with the Law department at Glyndwr.

“There are challenges to grow the department, get the word out that we are doing Law at Glyndwr and there is a possibility to study Law here.

“It is an exciting opportunity to develop something which hasn’t been in the university before, with my own spin on it using my own background to attract people, and teach people about the law.”

Dylan is hoping to provide opportunities to study Law for people of all backgrounds, locally and further afield in North Wales, who previously would have had to look elsewhere to do so.

He added: “In the current climate with Covid and other concerns, people are tending to want to look at university’s closer to home.

“There are a growing number of people who combine university courses with work and family responsibilities, and that makes an ideal opportunity for people to look at Glyndwr as a viable option to study Law.

“Looking further afield across North Wales, I speak Welsh, a lot of my legal practice was through the medium of Welsh, I work on Welsh radio and TV so there is an opportunity there to give that bilingual dimension to the course so people can come here and study through either medium, English or Welsh.”

While keen to get stuck in to his new role with Glyndwr, Dylan is likely to remain in the spotlight having sold the filming rights to his book The Man in Black which details his insight into the Moore case – which impacted his career like no other.

“It’s influenced me as an individual and my career”, he said.

“I’m known for dealing with that case and a few other high profile cases and people got to know me because of that.

“Maybe that’s why I’ve got a bit of a media presence, and I think that’s a good thing – that profile benefits the university, people know you for being involved in certain cases.

“It’s also given me an opening into other areas like the media. In the summer, I sold the rights to the book to a TV production company who are looking to do a drama series based on the book.

“There are the contacts I have with people in all sorts of fields and it provides me with opportunities to talk about the law.

“I’m very happy to be here at Glyndwr, it’s an exciting opportunity, I’ve met some of the students already and am looking forward to the challenge.”

To find out more about the LLB Law Degree at Wrexham Glyndwr University, click here.