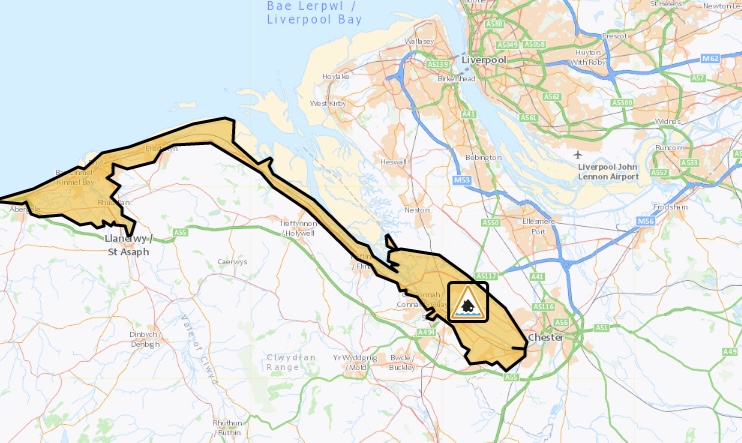 Updated Monday: A flood alert for areas along the North Wales coast from the Dee estuary to the east coast of Anglesey has been extended and now runs into Tuesday.

Natural Resources Wales has said: “The Flood Alert is now in force for the next 2 days. ”

Earlier report: A flood alert has been issued for areas along the North Wales coast from the Dee estuary to the east coast of Anglesey.

The warning from Natural Resources Wales states: “Single tide at Liverpool, a Flood Alert is now in force for the high tide at 11:45 AM on Monday 26 September 2022.”

“Flooding of Low-lying land and roads is expected.”

“We will continue to monitor the situation. Be careful on beaches, promenades, coastal footpaths, roads, low lying land and estuaries.”

“Be careful as sea spray and waves could be dangerous and could contain debris.”

There are three types of warnings issued when flooding is forecast.

What does a Flood Alert mean? – Flooding is possible and you should be prepared
When is an Alert issued? – 2 hours to 2 days in advance of flooding
What causes an Alert?
Spotted something? Got a story? Send a Facebook Message | A direct message on Twitter | Email: News@Deeside.com